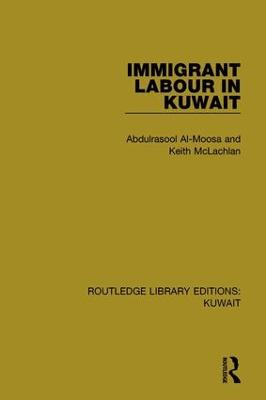 Kuwait has among the highest levels of personal incomes in the Middle East and the best oil reserves to production ratios of all the exporting states. Its good material fortune is offset by its political precariousness engendered by Kuwaiti nationals forming a minority and a heavy dependency on immigrants to sustain the economy. Deep feelings of insecurity have led to calls in Kuwait for an end to immigration and the repatriation of foreign residents of the state. This book, first published in 1985, analyses the degree of dependency of Kuwait on an alien working population from the results of a unique survey undertaken among the crucial family-accompanied segment of the immigrant workforce. The authors suggest new approaches to the evaluation of the utility of the foreigners to the local economy that might help to stave off a mounting internal crisis. 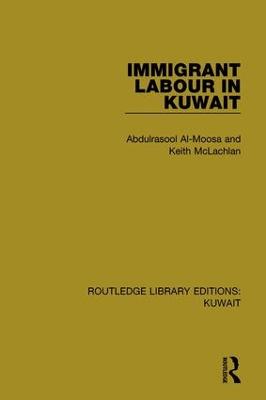 » Have you read this book? We'd like to know what you think about it - write a review about Immigrant Labour in Kuwait book by Abdulrasool Al-Moosa and you'll earn 50c in Boomerang Bucks loyalty dollars (you must be a Boomerang Books Account Holder - it's free to sign up and there are great benefits!)