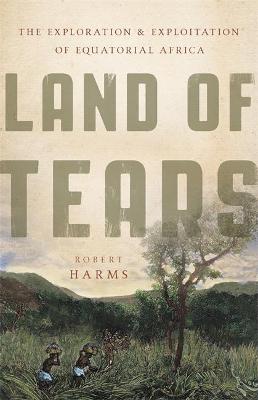 The Imperialists and the Slave Trader

Description - The Imperialists and the Slave Trader by Robert Harms

In January 1885, the powers of Europe gathered in Berlin to set ground rules for dividing Africa and its lucrative natural resources among themselves. In the years that followed, they rapidly laid claim to nearly all of the continent. Africa's division and conquest might appear today to have been inevitable. But the outcome was far from certain. Drawing upon decades of research, esteemed historian Robert Harms shows how outsiders from Europe, America, and the Arab world competed for resources, money, fame, and power in the Congo rainforest. Reconstructing this chaotic process, Land of Tears provides a comprehensive depiction of how invaders into the Congo basin transformed the region in just a few decades from terra incognita to the most brutally exploited region of Africa.For many centuries, the peoples of the Congo rainforest kept the disruptive forces of the global economy at arm's length, shielded on the west by the cataracts of the lower Congo River and on the east by the lakes and mountains of the Albertine rift. During the second half of the nineteenth century-in a process known as the "Scramble for Africa"-traders, explorers, and empire builders breached the barriers and moved rapidly into the Congo basin, first from the east and then from the west. By the 1880s, merchants of ivory, slaves, and rubber, operating under the authority of the Sultan of Zanzibar, the King of Belgium, and the government of France, were methodically stripping the rainforest of its rapidly-depleting natural bounty in order to satisfy growing demand in Europe and the United States. Central to this process were three men: Henry Morton Stanley, a Welsh explorer working on behalf of King Leopold of Belgium; Pierre savourgnan de Brazza, an Italian from the Papal States who carved out an empire for France; and Hamid bin Muhammad (known as Tippu Tip), a man of mixed African and Arab descent who built a vast trading empire, first as a client of the Sultan of Zanzibar and later in the employ of Leopold. These men were representative of the interests vying for resources in the region, and the drama of their lives was contoured by the devastation their exploits visited upon the Congo. Swivelling between events in Africa and those in Europe and the United States, Land of Tears reveals the complex ways worldwide networks of trade, travel, and communication reshaped and ruined Equatorial Africa.Offering vivid descriptions of African ivory and slave caravans, rubber hunters, and local governance in Africa and piano key factories, humanitarian conferences, and diplomatic meetings in Europe and America, Harms demonstrates how the Congo became fully and fatefully enmeshed within our global world.

Book Reviews - The Imperialists and the Slave Trader by Robert Harms

» Have you read this book? We'd like to know what you think about it - write a review about Imperialists and the Slave Trader book by Robert Harms and you'll earn 50c in Boomerang Bucks loyalty dollars (you must be a Boomerang Books Account Holder - it's free to sign up and there are great benefits!)

Robert Harms is Professor of History at Yale University. He is the author of two books about Africa, River of Wealth, River of Sorrow and Games Against Nature. He lives in Guilford, Connecticut.

A Preview for this title is currently not available.
More Books By Robert Harms
View All