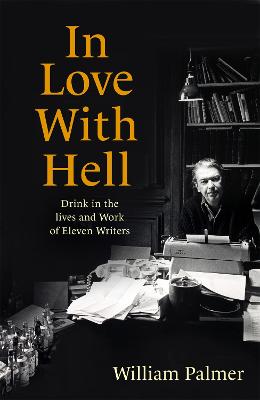 In Love with Hell: Drink in the Lives and Work of Eleven Writers

Description - In Love with Hell: Drink in the Lives and Work of Eleven Writers by William Palmer

'Wise, witty and empathetic . . . outstanding'JIM CRACE'A fascinating treatment of the age-old problem of writers and drink which displays the same subtle qualities as William Palmer's own undervalued novels'D. J. TAYLOR'A vastly absorbing and entertaining study of this ever-interesting subject'ANDREW DAVIES, screenwriter and novelist'In Love with Hell is a fascinating and beautifully written account of the lives of eleven British and American authors whose addiction to alcohol may have been a necessary adjunct to their writing but ruined their lives. Palmer's succinct biographies contain fine descriptions of the writers, their work and the times they lived in; and there are convincing insights into what led so many authors to take to drink.'PIERS PAUL READWhy do some writers destroy themselves by drinking alcohol? Before our health-conscious age it would be true to say that many writers drank what we now regard as excessive amounts. Graham Greene, for instance, drank on a daily basis quantities of spirits and wine and beer most doctors would consider as being dangerous to his health. But he was rarely out of control and lived with his considerable wits intact to the age of eighty-six. W. H. Auden drank the most of a bottle of spirits a day, but also worked hard and steadily every day until his death. Even T. S. Eliot, for all his pontifical demeanour, was extremely fond of gin and was once observed completely drunk on a London Tube station by a startled friend. These were not writers who are generally regarded as alcoholics. 'Alcoholic' is, in any case, a slippery word, as exemplified by Dylan Thomas's definition of an alcoholic as 'someone you dislike who drinks as much as you.' The word is still controversial and often misunderstood and misapplied. What acclaimed novelist and poet William Palmer's book is interested in is the effect that heavy drinking had on writers, how they lived with it and were sometimes destroyed by it, and how they described the whole private and social world of the drinker in their work. He looks at Patrick Hamilton ('the feverish magic that alcohol can work'); Jean Rhys ('As soon as I sober up I start again'); Charles Jackson ('Delirium is a disease of the night'); Malcolm Lowry ('I love hell. I can't wait to go back there'); Dylan Thomas ('A womb with a view'); John Cheever ('The singing of the bottles in the pantry'); Flann O'Brien ('A pint of plain is your only man'); Anthony Burgess ('Writing is an agony mitigated by drink'); Kingsley Amis ('Beer makes you drunk'); Richard Yates ('The road to Revolutionary Road'); and Elizabeth Bishop ('The writer's writer's writer').

Buy In Love with Hell: Drink in the Lives and Work of Eleven Writers by William Palmer from Australia's Online Independent Bookstore, Boomerang Books.

Other Editions - In Love with Hell: Drink in the Lives and Work of Eleven Writers by William Palmer 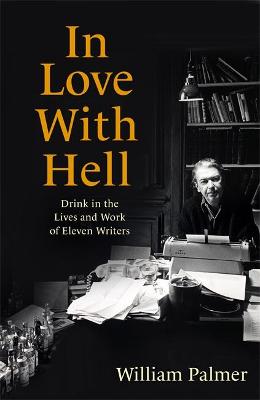 Book Reviews - In Love with Hell: Drink in the Lives and Work of Eleven Writers by William Palmer

» Have you read this book? We'd like to know what you think about it - write a review about In Love with Hell: Drink in the Lives and Work of Eleven Writers book by William Palmer and you'll earn 50c in Boomerang Bucks loyalty dollars (you must be a Boomerang Books Account Holder - it's free to sign up and there are great benefits!)


A Preview for this title is currently not available.
More Books By William Palmer
View All

Illustrated Life and Career of William Palmer of Rugeley: Containing Details of His Conduct as Schoolboy, Medical Student, Racing-Man, and Poisoner; With Original Letters of William and Anne Palmer and Other Authentic Documents, Together with
$75.18 $83.53

The Apostolical Jurisdiction and Succession of the Episcopacy in the British Churches Vindicated Aga
$52.99 $58.88

A Statement of Circumstances Connected with the Proposal of Resolutions at a Special General Meeting
$35.16 $39.07

A Compendious Ecclesiastical History, from the Earliest Period to the Present Time: With a Series O
$54.97 $61.08

Dissertations on Subjects Relating to the 'Orthodox' or 'Eastern-Catholic' Communion
$62.89 $69.88

Considerations on the Charitable Trusts Bill: In a Letter Addressed the Right Hon. Lord Cottenham, with a Copy of the Bill.
$35.16 $39.07