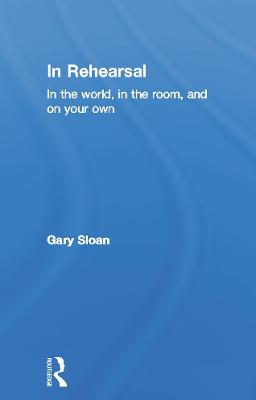 In the World, in the Room, and On Your Own

Description - In Rehearsal by Gary Sloan

In Rehearsal is a clear and accessible how-to approach to the rehearsal process. Author Gary Sloan brings more than thirty years' worth of acting experience to bear on the question of how to rehearse both as an individual actor and as part of the team of professionals that underpins any successful production. Interviews with acclaimed actors, directors, playwrights, and designers share a wealth of knowledge on dynamic collaboration. The book is divided in to three main stages, helping the reader to refine their craft in as straightforward and accessible manner as possible: In the world: A flexible rehearsal program that can be employed daily, as well as over a typical four week production rehearsal. In the room: Advice on working independently and productively with other members of a company, such as directors, playwrights, designers and technical crew; how your personal creative process varies depending on the role, be it Shakespeare, musicals, film, television or understudying. On your own: Creating your own rehearsal process, exploring original and famous rehearsal techniques, breaking through actor's block and how to practice every day.
In Rehearsal breaks down the rehearsal process from the actor's perspective and equips its reader with the tools to become a generous and resourceful performer both inside and outside the studio. Its independent, creative and daily rehearsal techniques are essential for any modern actor.

Other Editions - In Rehearsal by Gary Sloan 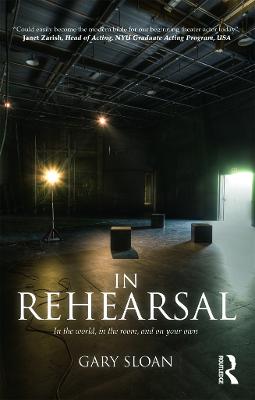 » Have you read this book? We'd like to know what you think about it - write a review about In Rehearsal book by Gary Sloan and you'll earn 50c in Boomerang Bucks loyalty dollars (you must be a Boomerang Books Account Holder - it's free to sign up and there are great benefits!)


A Preview for this title is currently not available.
More Books By Gary Sloan
View All