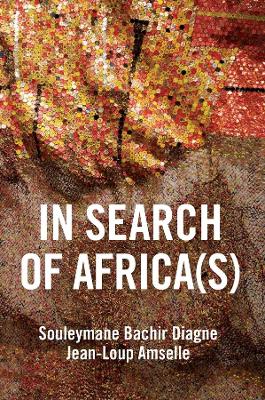 In Search of Africa(s): Universalism and Decolonial Thought

Description - In Search of Africa(s): Universalism and Decolonial Thought by Souleymane Bachir Diagne

In addressing this issue Diagne and Amselle also tackle many related themes, such as the concepts of race, culture and identity, the role of languages in philosophy as practised in different cultural areas, the various conceptions of Islam, especially in West Africa, and the outlines of an Africa which can be thought of at the same time as singular and as plural. Each thinker looks back at his writings on these themes, comparing and contrasting them with those of his interlocutor. While Amselle seeks to expose the essentialist and culturalist logics that might underlie postcolonial and decolonial thought, Diagne consistently refuses to adopt the trappings of the Afrocentrist and particularist thinker. He argues instead for a total decentring of all thought, one that rejects all 'centrisms' and highlights instead branchings and connections, transfers, analogies and reciprocal influences between cultural places and intellectual fields that may be distant but are not distinct in space and time.

This volume is a timely contribution to current debates on the postcolonial question and its new decolonial form. It will be of great interest to students and scholars in a variety of fields, from African studies and Black studies to philosophy, anthropology, sociology and cultural studies, as well as to anyone interested in the debates around postcolonial studies and decolonial thought

Other Editions - In Search of Africa(s): Universalism and Decolonial Thought by Souleymane Bachir Diagne » Have you read this book? We'd like to know what you think about it - write a review about In Search of Africa(s): Universalism and Decolonial Thought book by Souleymane Bachir Diagne and you'll earn 50c in Boomerang Bucks loyalty dollars (you must be a Boomerang Books Account Holder - it's free to sign up and there are great benefits!)


A Preview for this title is currently not available.
More Books By Souleymane Bachir Diagne
View All