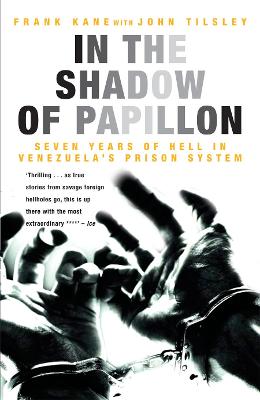 In the Shadow of Papillon

Description - In the Shadow of Papillon by Frank Kane

Following the collapse of his business and the loss of his home, Frank Kane made a catastrophic decision. In desperation, he agreed to smuggle cocaine out of Venezuela. Almost inevitably, he and his girlfriend, Sam, were caught.The price they paid was a ten-year sentence in the hell of the overcrowded Venezuelan prison system, notorious for corruption and abuse, and rife with weapons and gangs. At one point, Frank was held in the remote El Dorado prison, better known for being the one-time home of Henri Charri re, or Papillon. He witnessed countless murders as gang leaders fought for power, and he had to become as ruthless as his fellow inmates in order to survive. In an attempt to dull the reality of the horrendous conditions, he succumbed to drugs.After enduring years of systematic beatings by the guards and attempts on his life by inmates, Frank suffered more than one breakdown. He lost over four stone and was riddled with disease, but somehow he found the strength within himself to survive and was eventually released in 2004 after serving over seven years of his sentence. During the long walk back from hell, Frank decided to tell his story.

Buy In the Shadow of Papillon by Frank Kane from Australia's Online Independent Bookstore, Boomerang Books.

Other Editions - In the Shadow of Papillon by Frank Kane 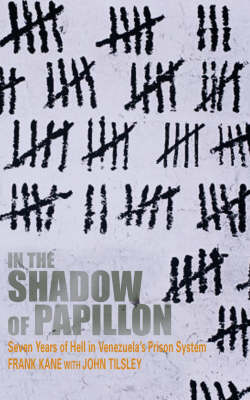 Book Reviews - In the Shadow of Papillon by Frank Kane

» Have you read this book? We'd like to know what you think about it - write a review about In the Shadow of Papillon book by Frank Kane and you'll earn 50c in Boomerang Bucks loyalty dollars (you must be a Boomerang Books Account Holder - it's free to sign up and there are great benefits!)

Frank Kane was born in Cheshire in 1953. After many years working in the electrical industry, he started his own electrical wholesale business, which collapsed after 12 years of very successful trading. Since his release from prison, Frank is now settled and working as a lorry driver. John Tilsley is also the author of Be a Good Boy, Johnny and Nevada Blue. He lives in Cheshire.

A Preview for this title is currently not available.
More Books By Frank Kane
View All