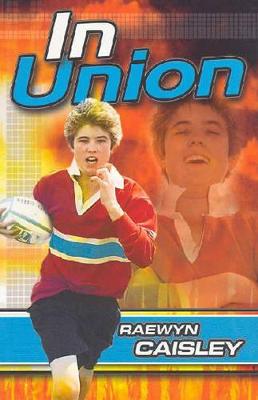 Description - In Union by Raewyn Caisley

Twelve-year-old Christian Phillips doesn t think he will make the junior rugby team. When his parents give him a pair of footy boots before the trial a gift from his late grandfather, a staunch Wallabies fan Christian is still not convinced. Shocked when he makes the team, and relegated to the wing, Christian soon realises his idea of teamwork is a little different from that of the coach and other boys. Christian spends most games waiting for a pass and decides conforming is easier than challenging the culture of the team. But when they have to face the brutal Scots team on their home turf, a new leader emerges

» Have you read this book? We'd like to know what you think about it - write a review about In Union book by Raewyn Caisley and you'll earn 50c in Boomerang Bucks loyalty dollars (you must be a Boomerang Books Account Holder - it's free to sign up and there are great benefits!)

Raewyn Caisley was born in New Zealand but has lived in Australia for the past twenty years. She currently lives in Fremantle with her husband, Terry, and their son, Jack. Raewyn has written several books about different sports including KARATE STAR, TENNIS STAR and TOP MARKS. Other books for younger readers include MONKEY TRIX (in the AUSSIE BITES series), THE QUEEN'S CUBBY, and two AUSSIE NIBBLES THE MERMAID'S TAIL and TAI'S PENGUIN, both illustrated by Ann James.

A Preview for this title is currently not available.
More Books By Raewyn Caisley
View All