The timeless story of the friendship, heroism and unwavering loyalty of three remarkable family pets.

'Only one thing was clear and certain - that at all costs he was going home, home to his own beloved master...'

The Hunter children must go abroad for the summer, so they reluctantly leave their three pets in the care of a friend. But the faithful animals only know they must get home again, somehow. So the labrador, the old bull terrier and the dainty Siamese cat set off on a perilous journey through the wilderness. But how will domestic animals fare against river rapids, hunger, icy temperatures and ferocious wild beasts? And if they make it home, will their owners be waiting for them?

Includes exclusive material- In the Backstory you can find out about some incredible real-life pet adventures!

Vintage Children's Classics is a twenty-first century classics list aimed at 8-12 year olds and the adults in their lives. Discover timeless favourites from The Jungle Book and Alice's Adventures in Wonderland to modern classics such as The Boy in the Striped Pyjamas and The Curious Incident of the Dog in the Night-Time.

Other Editions - The Incredible Journey by Sheila Burnford 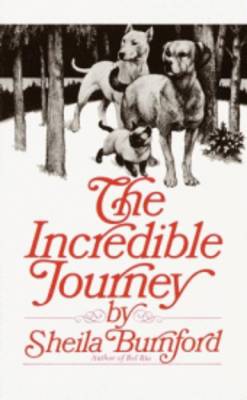 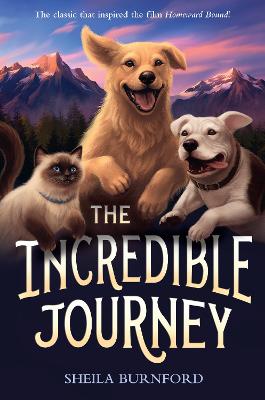 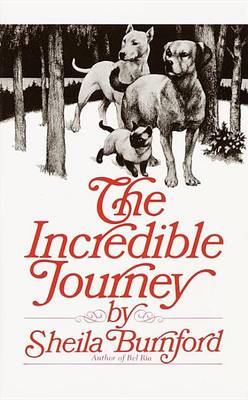 » Have you read this book? We'd like to know what you think about it - write a review about Incredible Journey book by Sheila Burnford and you'll earn 50c in Boomerang Bucks loyalty dollars (you must be a Boomerang Books Account Holder - it's free to sign up and there are great benefits!)

Sheila Burnford was born on 11 May 1918 in Scotland, where she attended St George s School in Edinburgh. She married a doctor, David Burnford, in 1941 and worked as an ambulance driver during the Second World War. In 1951 she and her husband emigrated to Canada. They had three children and three beloved family pets. These animals inspired Sheila to write The Incredible Journey, which was published in 1961. Two years later Disney released a film adaptation, and from that point Sheila s book became a well-loved bestseller. In fact, the story was so popular Disney made another movie based on the book in 1993. This was called Homeward Bound- The Incredible Journey - in this version the animals were given human voices and their names and characters were changed a little. heila Burnford wrote several books for adults about her experiences of living in Canada, travelling by dog-sled and watching narwhals (these are unusual sea mammals which look little bit like dolphins, except they have a long thin tusk in the centre of their heads, like a unicorn s horn!). She also wrote a book called Bel Ria about a plucky dog travelling through Europe at the time of World War II