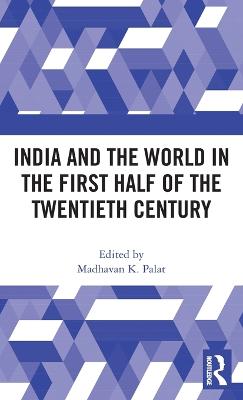 Description - India and the World in the First Half of the Twentieth Century by Madhavan K. Palat

This book examines how India was placed and placed itself in the world during the first half of the 20th century in a period of global turmoil and set against the subcontinental contest for independence. In situating India in the world, it looks not just at current foreign policy studies, but also at geopolitics, World War experiences, theoretical and strategic approaches, early foreign policy institutional transitions and the role of Indian civil and foreign diplomatic services. The work explores history and theory with a focus on cosmopolitanism beyond nationalism.

The use of extensive sources from archives in UK and Russia - especially in different languages, mainly German and Russian - lends this volume an edge over most other works. The book will be useful to professional academics, historians including military historians, security specialists, literary specialists, foreign policy experts, journalists and the general reader interested in international issues.

Buy India and the World in the First Half of the Twentieth Century by Madhavan K. Palat from Australia's Online Independent Bookstore, Boomerang Books.

Other Editions - India and the World in the First Half of the Twentieth Century by Madhavan K. Palat 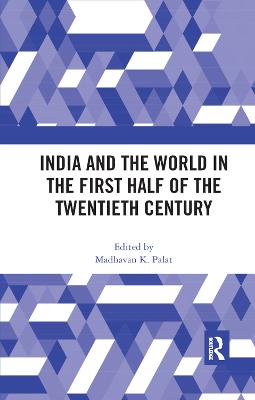 Book Reviews - India and the World in the First Half of the Twentieth Century by Madhavan K. Palat

» Have you read this book? We'd like to know what you think about it - write a review about India and the World in the First Half of the Twentieth Century book by Madhavan K. Palat and you'll earn 50c in Boomerang Bucks loyalty dollars (you must be a Boomerang Books Account Holder - it's free to sign up and there are great benefits!)

Madhavan K. Palat has been Editor, Selected Works of Jawaharlal Nehru, New Delhi, since 2011. He was earlier National Fellow at the Indian Institute of Advanced Study, Shimla, Visiting Professor of Imperial Russian History at the University of Chicago, and taught Russian and European History from 1974 to 2004 at the Jawaharlal Nehru University, New Delhi. He has published on Russian social, literary and political history of the nineteenth and twentieth centuries. He has edited Social Identities in Revolutionary Russia (2001) and co-edited the History of Civilizations of Central Asia, vol. 6 (2005). His recent articles include, `The Grand Inquisitor and the Holy Fool,' Foundation Day Lecture, ICHR, 2014, and `The Interesting Ideas of Eric Hobsbawm,' NMML Occasional Paper, 2013.

A Preview for this title is currently not available.
More Books By Madhavan K. Palat
View All