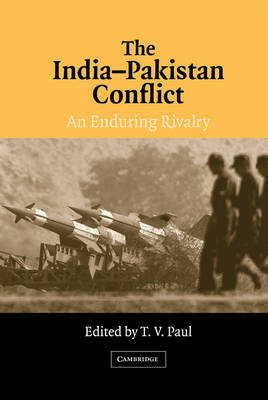 The India-Pakistan rivalry remains one of the most enduring and unresolved conflicts of our times. It began with the birth of the two states in 1947, and it has continued ever since, with the periodic resumption of wars and crises. The conflict has affected every dimension of interstate and societal relations between the two countries and, despite occasional peace initiatives, shows no signs of abating. This volume, first published in 2005, brings together leading experts in international relations theory and comparative politics to explain the persistence of this rivalry. Together they examine a range of topics including regional power distribution, great power politics, territorial divisions, the nuclear weapons factor, and incompatible national identities. Based on their analyses, they offer possible conditions under which the rivalry could be terminated. The book will be of interest to scholars of politics and international relations, as well as those concerned about stability and peace in South Asia.

Other Editions - The India-Pakistan Conflict by T. V. Paul 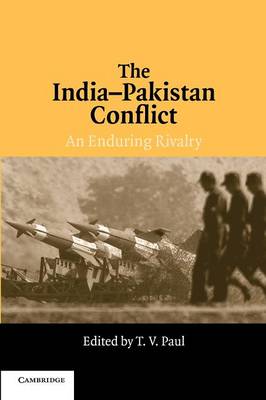 » Have you read this book? We'd like to know what you think about it - write a review about India-Pakistan Conflict book by T. V. Paul and you'll earn 50c in Boomerang Bucks loyalty dollars (you must be a Boomerang Books Account Holder - it's free to sign up and there are great benefits!)

T. V. Paul is James McGill Professor of International Relations in the Department of Political Science at McGill University, Montreal, Canada. He specialises in international relations. His previous publications include Power Versus Prudence: Why Nations Forgo Nuclear Weapons (2000) and India in the World Order: Searching for Major Power Status (2002).