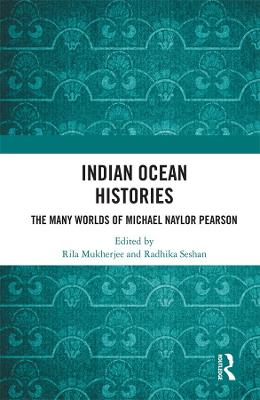 Indian Ocean Histories: The Many Worlds of Michael Naylor Pearson

This book offers a global history of the Indian Ocean and focuses on a holistic perspective of the worlds of water. It builds on maritime historian Michael Naylor Pearson's works, his unorthodox approach and strong influence on the study of the Indian Ocean in viewing the oceanic space as replete with human experiences and not as an artefact of empire or as the theatre of European commercial and imperial transits focused only on trade.

» Have you read this book? We'd like to know what you think about it - write a review about Indian Ocean Histories: The Many Worlds of Michael Naylor Pearson book by Rila Mukherjee and you'll earn 50c in Boomerang Bucks loyalty dollars (you must be a Boomerang Books Account Holder - it's free to sign up and there are great benefits!)


A Preview for this title is currently not available.
More Books By Rila Mukherjee
View All