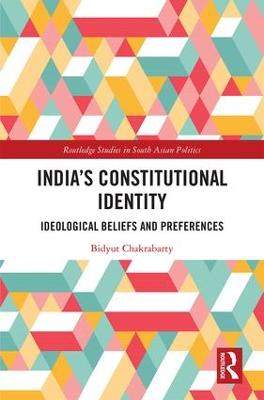 The book conceptualizes the gradual evolution of an idea by tracing the history of India's constitutionalism with reference to its conceptual roots, historical antecedents and the landmark judicial pronouncements in which the concern for its retention and protection is always privileged. The author examines specific constitutional designs that the 1950 Constitution of India put in place and argues that constitutional identity, despite being drawn on specific constitutional provisions, is also changeable in view of the rapidly transforming socio-economic milieu. He demonstrates that there are numerous instances where India's constitutional identity has undergone a metamorphosis in circumstances where newer politico-ideological values and norms are privileged.

A valuable addition to the literature on constitutionalism and constitutional practices in general and their manifestation in India's democratic experiences, in particular, this book will be of interest to academics in the fields of Government, Political Science, Law and Jurisprudence, Constitutional and Legal History and Asian Studies. 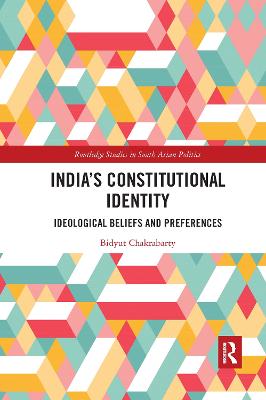 » Have you read this book? We'd like to know what you think about it - write a review about India's Constitutional Identity: ideological beliefs and preferences book by Bidyut Chakrabarty and you'll earn 50c in Boomerang Bucks loyalty dollars (you must be a Boomerang Books Account Holder - it's free to sign up and there are great benefits!)


A Preview for this title is currently not available.
More Books By Bidyut Chakrabarty
View All

Maoism in India: Reincarnation of Ultra-Left Wing Extremism in the Twenty-First Century
$81.17 $81.99

The Socio-political Ideas of BR Ambedkar: Liberal constitutionalism in a creative mould
$249.48 $252.00

Politics, Ideology and Nationalism: Jinnah, Savarkar and Ambedkar versus Gandhi
$94.49 $104.99