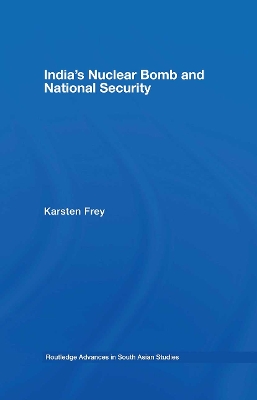 India's Nuclear Bomb and National Security gives an analytic account of the dynamics of India's nuclear build up. It puts forward a new comprehensive model, which goes beyond the classic strategic model of accepting motives of arming behaviour, and incorporates the dynamics in India's nuclear programme. The core argument of the book surrounds the question about India's security considerations and their impact on India's nuclear policy development.

Karsten Frey explores this analytic model by including explanatory variables on the unit-level, where interests are generally related to symbolic, less strategic values attributed to nuclear weapons. These play a significant role within India's domestic political party competition and among certain pressure groups. They also impacted India's relationship with other countries on non-proliferation matters, for example the concept of the country's 'status' and 'prestige'.

Identifying the role of the strategic elite in determining India's nuclear course, this book also argues that one of the pivotal driving forces behind India's quest for the nuclear bomb is India's struggle for international recognition and the strong, often obsessive sensitivities of India's elite regarding 'acts of discrimination' or 'ignorance' by the West towards India. 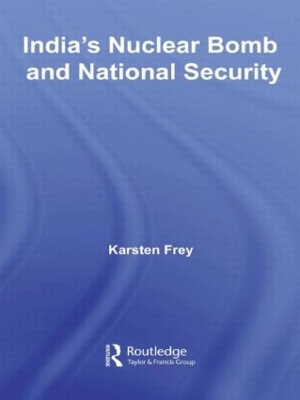 » Have you read this book? We'd like to know what you think about it - write a review about India's Nuclear Bomb and National Security book by Karsten Frey and you'll earn 50c in Boomerang Bucks loyalty dollars (you must be a Boomerang Books Account Holder - it's free to sign up and there are great benefits!)

A Preview for this title is currently not available.
More Books By Karsten Frey
View All