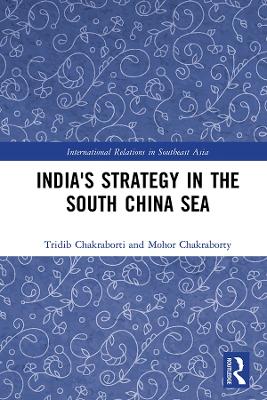 The tensions in the South China Sea pose considerable challenges to the rules-based liberal international maritime order. The situation demonstrates the interplay between maritime nationalism and geostrategic rivalry; fuelling militarisation and endangering freedom of navigation, over-flight and exploitation of natural resources. China's dedicated "terraclaims", land reclamation and island-building spree - enhanced with military surveillance, communications and logistics infrastructure-building in the form of port facilities, military installations and airstrips - have escalated these tensions. China declares that these territories are an integral part of its "core interests", taking an uncompromising stance on the question of sovereignty and its determination to protect the domain militarily. India, although not a South China Sea littoral state, sees both the general principle of the rules-based order and the specific issue of navigation between the Indian and Pacific Oceans as core to its own national interest.

Chakraborti and Chakraborty assess the rationale and implications of India's strategies and responses vis-a-vis the South China Sea dispute, and their impact on its overall "Act East" initiative in Southeast Asia policy. They also analyse the implications of India's stance on the Association of Southeast Asian Nations (ASEAN), five member-states of which (Brunei, Indonesia, Malaysia, the Philippines and Vietnam) are involved in territorial disputes with China in the South China Sea. The analysis focuses on the administrative tenures of both the United Progressive Alliance from 2004 until 2014 and the National Democratic Alliance from 2014 onwards.

» Have you read this book? We'd like to know what you think about it - write a review about India's Strategy in the South China Sea book by Tridib Chakraborti and you'll earn 50c in Boomerang Bucks loyalty dollars (you must be a Boomerang Books Account Holder - it's free to sign up and there are great benefits!)