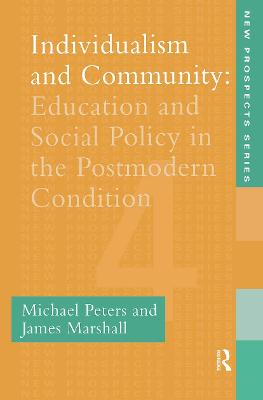 Examining, in the widest sense, the changes in political philosophy that have occurred in Western capitalist states since the early 1980s, this book focuses on the introduction of neo-liberal principles in the combined area of social and education policy. New Zealand presents a paradigm example of the neo-liberal shift in political philosophy. From constituting the "social laboratory" of the Western world in the 1930s in terms of social welfare provision, New Zealand has become the neo-liberal "experiment" of the fully "marketised" society in the 1990s. Against the theoretical background of educational theory and practice, this book examines neo-liberalism and its critiques as responses to the so-called crisis of the welfare state and argues for a reformulated critical social policy in the postmodern condition. The conclusions about social policy drawn by the authors can be generalized to similar situations in other Western capitalist countries.

Other Editions - Individualism And Community by Michael Peters 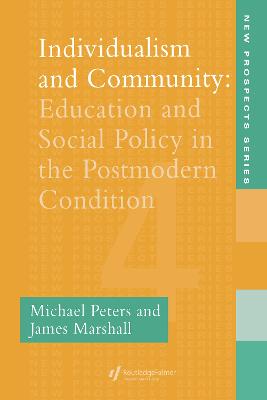 » Have you read this book? We'd like to know what you think about it - write a review about Individualism And Community book by Michael Peters and you'll earn 50c in Boomerang Bucks loyalty dollars (you must be a Boomerang Books Account Holder - it's free to sign up and there are great benefits!)


A Preview for this title is currently not available.
More Books By Michael Peters
View All

The Far-Right, Education and Violence: An Educational Philosophy and Theory Reader Volume IX
$249.48 $252.00