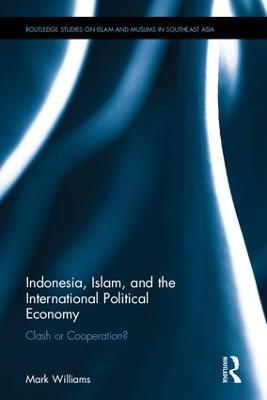 The Republic of Indonesia is a rising great power in the Asia-Pacific, set to become the eighth largest economy in the world in the coming decades. It is the most populous Muslim majority country in the world. The largest Islamic organizations and parties have supported Indonesia's participation with global markets, but this has not come from an ideological support for capitalism or economic liberalization. Islamic political culture has denounced the injustices caused by global capitalism and its excesses. In fact, support for Indonesia's engagement with the international political economy is born from political pragmatism, and from Indonesia's struggles to achieve economic development.

This book examines the role of Islamic identity in Indonesia's foreign economic relations and in its engagement with the world order. There is no single expression of Islam in Indonesia, the politics espoused by Islamic parties and organizations are far from monolithic. Islamic sentiment has been invoked by the state to justify heinous acts of brutality, as well as by violent, subnational revolutionary groups. However, these expressions of Islam have deviated from the dominant narrative, which is in favour of international cooperation and economic development. Economic exploitation, political alienation, financial volatility, and aggression toward Muslims around the world that has caused some Islamic groups to radicalize. The political culture of Islam in Indonesia is a social force that is helping to foster a peaceful rise for Indonesia. However, a peaceful expression of Islam is not inevitable for the republic, nor can it be assumed that Islamic identity in Indonesia will unwaveringly support the global economic order, regardless of what might occur in global politics.

Other Editions - Indonesia, Islam, and the International Political Economy by Mark S. Williams 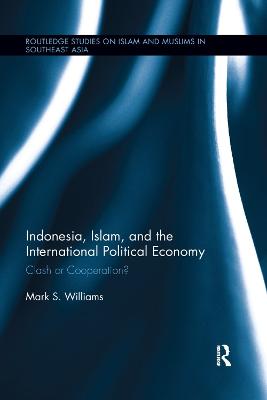 » Have you read this book? We'd like to know what you think about it - write a review about Indonesia, Islam, and the International Political Economy book by Mark S. Williams and you'll earn 50c in Boomerang Bucks loyalty dollars (you must be a Boomerang Books Account Holder - it's free to sign up and there are great benefits!)

A Preview for this title is currently not available.
More Books By Mark S. Williams
View All

Indonesia, Islam, and the International Political Economy: Clash or Cooperation?
$83.15 $83.99