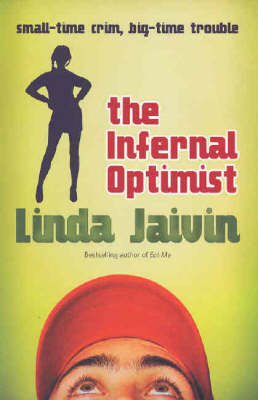 Capturing the voice of an Australia you haven't heard in fiction before ...

Meet Zeke togan, a small-time crim in big-time trouble. A quintessential Australian larrikin - whose biggest problem is that he isn't actually Australian. 19 year old Zeke was born in the Old Country but has been in Australia since he was six months old and considers himself as Aussie Aussie Aussie oi oi oi as the next bloke. But due to a mix-up at the naturalisation ceremony (Zeke was in the pub when the rest of his family were getting their certificates and sprigs of wattle) and some unfortunate brushes with the law, Zeke finds himself awaiting deportation from Sydney's Villawood Detention Centre. So Zeke finds himself locked up with the other crims, asylum seekers, sex slaves, illegal workers and visa overstayers. He loves Marlena, She Who Loves, Honours and Obeys Most a the time Anyway, but he's having a hell of a time proving it from the wrong side of a double fence. His new friends the 'asylums' aren't doing so well either. Hamid loves Angel but she needs more than love. April thinks she loves Azad, but Azad thinks he loves April's daughter Marley. thomas loves anyplace but where he is. Everyone loves freedom. Not everyone gets it. Everyone wants to survive. Not everyone will.

» Have you read this book? We'd like to know what you think about it - write a review about Infernal Optimist book by Linda Jaivin and you'll earn 50c in Boomerang Bucks loyalty dollars (you must be a Boomerang Books Account Holder - it's free to sign up and there are great benefits!)


A Preview for this title is currently not available.
More Books By Linda Jaivin
View All