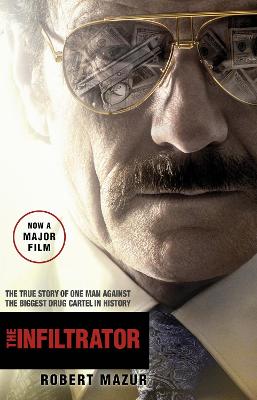 Description - The Infiltrator by Robert Mazur

Robert Mazur spent five years undercover infiltrating the criminal hierarchy of Colombia's drug cartels. The dirty bankers and businessmen he befriended knew him as Bob Musella, a wealthy, mob-connected big shot living the good life. Together they partied in expensive hotels, drank the world's finest champagnes, drove Rolls-Royce convertibles and flew in private jets. But under Mazur's designer suits and hidden away in his quality briefcase, recorders whirred quietly, capturing the damning evidence of their crimes. Then, at his own staged wedding, he led a dramatic takedown that shook the underworld. In the end, more than eighty men and women were charged worldwide. Operation C-Chase became one of the most successful undercover operations in the history of US law enforcement, and evidence gathered during the bust proved critical to the conviction of General Manuel Noriega.

The Infiltrator is the true story of how Mazur's undercover work helped bring down the unscrupulous bankers who manipulated complex international finance systems to serve drug lords - including Pablo Escobar and the infamous Medillin cartel - corrupt politicians, tax cheats and terrorists. It is a shocking chronicle of the rise and fall of perhaps the biggest and most intricate money-laundering operation of all time. And, at its heart, it's a vivid portrait of an undercover life and the sacrifices it requires.

Filled with dangerous lies, near misses and harrowing escapes, The Infiltrator is as bracing and explosive as the greatest fiction thrillers - only it's all true.

Other Editions - The Infiltrator by Robert Mazur 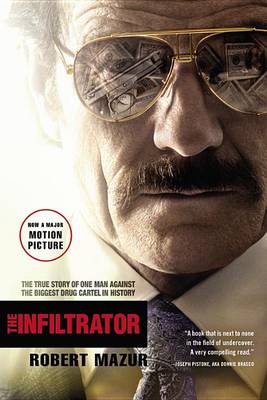 » Have you read this book? We'd like to know what you think about it - write a review about Infiltrator book by Robert Mazur and you'll earn 50c in Boomerang Bucks loyalty dollars (you must be a Boomerang Books Account Holder - it's free to sign up and there are great benefits!)

Robert Mazur has earned global acclaim as one of the world's leading experts concerning the financial escapades of the underworld.There is no one with more first-hand knowledge about how international banks and businesses cater to those who own the nearly $2 trillion in criminal proceeds laundered annually.For five years, in the eyes of organised crime leaders, he was thought to be a highly successful mob-connected money launderer who helped manage their illicit fortunes.His clients, some of the most famous and deadly drug cartel bosses, offered a price tag of half a million dollars for his head when arrests were made around the world and he was revealed to be a highly trained U.S. federal undercover agent. After completing a decorated 27-year career as a federal agent, Mazur now shares the secrets he learned from senior executives of banks that wielded power around the globe.He is certified in both U.S. and Canadian courts as an expert in money laundering, has published articles in world-renowned newspapers and has appeared on more than 1,000 TV and radio broadcasts, addressing corruption within the financial markets.