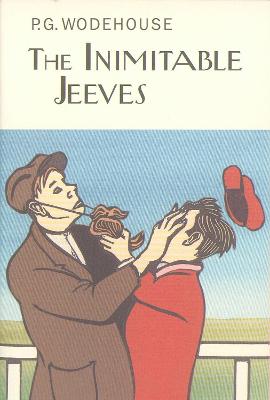 The fascination of shooting as a sport depends almost wholly on whether you are at the right or wrong end of the gun...""He had just about enough intelligence to open his mouth when he wanted to eat, but certainly no more...""She looked as if she had been poured into her clothes and had forgotten to say when."

Typical. Just when Bertie thinks that God's in his heaven and all's right with the world, things start to go wrong again...There's young Bingo Little, who's in love for the umpteenth time and needs Bertie to put in a good word for him with his uncle; Aunt Agatha, who forces Bertie to get engaged to the formidable Honoria Glossop; and the troublesome twins, Claude and Eustace, whose antics when let loose in London know no bounds.Add to that some friction in the Wooster home over a red cummerbund, purple socks and some snazzy old Etonian spats, and poor Bertie's really in the soup...Only one man can save the day - the inimitable Jeeves.Characters Bertie Wooster - Narrator who went to school with Bingo. Won a prize at his first school for the best collection of wild flowers.Jeeves - Bertie's valet who has an aunt who loves the romantic novels of Rosie M. BanksBingo Little - Mortimer's nephew who loves Mabel. Tells his uncle that Bertie is really Rosie M. Banks.Mabel - Waitress in a tea shopMortimer Little - Retired fat businessman who owned Little's Liniment - "It Limbers Up the Legs." He is a gourmet.Jane Watson - Mortimer's cook engaged to Jeeves, but not for long

Other Editions - The Inimitable Jeeves by P.G. Wodehouse 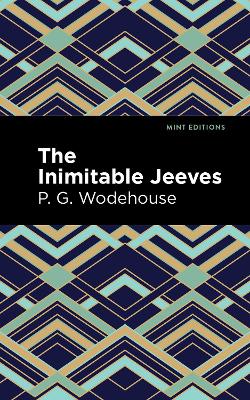 » Have you read this book? We'd like to know what you think about it - write a review about Inimitable Jeeves book by P.G. Wodehouse and you'll earn 50c in Boomerang Bucks loyalty dollars (you must be a Boomerang Books Account Holder - it's free to sign up and there are great benefits!)