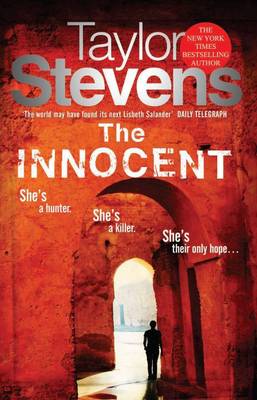 Description - The Innocent by Taylor Stevens

The world may have found its next Lisbeth Salander Daily Telegraph Eight years ago, a man walked five-year-old Hannah out the front doors of her school and spirited her over the Mexican border, taking her into the world of a cult known as The Chosen. Now, after years of searching, childhood survivors of the group have found the girl in Argentina. But getting her out is a whole new challenge. For the rescue they need someone who is brilliant, fearless and utterly ruthless. Vanessa Michael Munroe. Because the only way to get Hannah out is for Munroe to go in ... The Innocent is the sequel to the international bestseller The Informationist, which introduced the extraordinary, take-no-prisoners heroine Vanessa Munroe.

Other Editions - The Innocent by Taylor Stevens 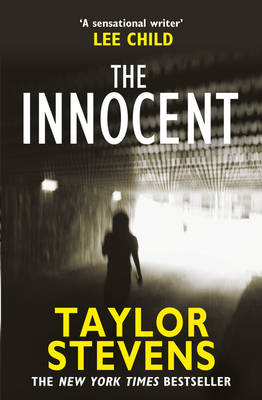 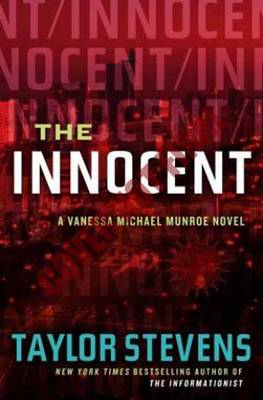 » Have you read this book? We'd like to know what you think about it - write a review about Innocent book by Taylor Stevens and you'll earn 50c in Boomerang Bucks loyalty dollars (you must be a Boomerang Books Account Holder - it's free to sign up and there are great benefits!)

The Informationist introduced Vanessa 'Michael' Munroe, a damaged heroine with a set of unique skills developed as a means of surviving her troubled childhood. While The Informationist made it on to my wishlist last year I hadn't the opportunity to read it before this arrived for review. It's a shame because I think that my enjoyment of this novel would have been enhanced with a fuller understanding of Munroe's history. That being said, it matters little in terms of the story in this second installment of this new thriller series.

Fast-paced and action packed, The Innocent sees Munroe infiltrating a cult in Argentina to retrieve a thirteen year old girl at the behest of Logan, Munroe's closest friend. In the eight years that Hannah has been held captive by 'The Chosen' she has been moved frequently but Logan finally has reliable information she is in Argentina and hopes Munroe can rescue her before she disappears again. The plot is fairly simple though the logistics of the mission requires a mix of complex skills including surveillance, infiltration and covert ops. There were elements of the plot I thought could have stronger, particularly the motive of The Chosen for taking Hannah and working so hard to keep her hidden. Oddly, despite the high stakes, violence and potential for problems to arise, I found the tension quite weak at times. Mainly I think because the cult posed little threat to someone with Munroe's talent and Hannah's rescue was rarely in doubt.

Munroe is an unusual contrast of incredible deadly skill, emotional vulnerability, a champion of the innocent as well as a borderline sociopath. During The Innocent she is plagued by nightmares, struggling with guilt and vulnerable because of the internal conflict, as well as the importance of this operation to her personally due to her relationship with Logan. This adds some risk to the case, but not quite enough for it to be a source of suspense. Still Munroe is an appealing and complex character who makes for an intriguing and original protagonist.

What I found particularly fascinating as background to this novel is Stevens personal history as a former cult member and how it informs the story of The Innocent. Stevens places her own emphasis on the cults operation and the repercussions for it's members, both current and former. Stevens experience brings an authenticity to the storyline without the sensational tone most exploit.

The Innocent is an entertaining thriller and though it didn't quite reach its potential for me, the series is one that holds much promise. I would like to read the first and will look for the third, titled The Doll, which puts Munroe in conflict with human traffickers and is expected to be published in 2013.

Taylor Stevens has a remarkable life story - raised in a religious cult, the Children of God, she was denied basic education, her storytelling quashed by cult leaders, and her writing confiscated and burned. When she finally broke free of the movement, she was determined to write a novel - and she has now written two, The Informationist and The Innocent. The Informationist was an instant bestseller on publication in America. She has lived in central Africa but now lives in Dallas. 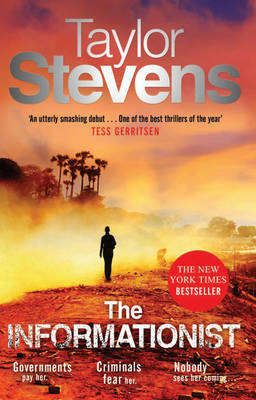 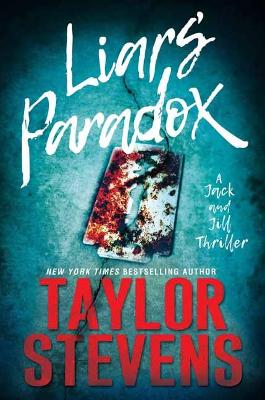 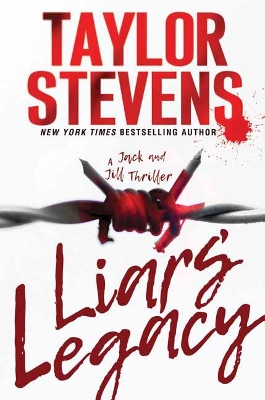