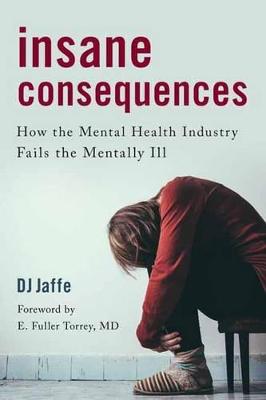 This well-researched and highly critical examination of the state of our mental health system by the industry's most relentless critic presents a new and controversial explanation as to why--in spite of spending $147 billion annually--140,000 seriously mentally ill are homeless, 365,000 are incarcerated, and even educated, tenacious, and caring people can't get treatment for their mentally ill loved ones. D. J. Jaffe blames the mental health industry and government for shunning the 10 million adults who are the most seriously mentally ill--mainly those who suffer from schizophrenia and severe bipolar disorder--and, instead, working to improve "mental wellness" in 43 million others, many of whom are barely symptomatic. Using industry and government documents, scientific journals, and anecdotes from his thirty years of advocacy, he documents the insane consequences of these industry-driven policies- psychiatric hospitals that once served the seriously ill have been closed; involuntary commitment criteria have been narrowed to the point where laws now require violence rather than prevent it; the public is endangered; and the mentally ill and their families are forced to suffer. Insane Consequences proposes smart, compassionate, affordable, and sweeping reforms designed to send the most seriously ill to the head of the line for services rather than to jails, shelters, prisons, and morgues. It lays out a roadmap to replace mission-creep with mission control and return the mental health system to a focus on the most seriously mentally ill. It is not money that is lacking; it's leadership. This book is a must read for anyone who works in the mental health industry or cares about the mentally ill, violence, homelessness, incarceration, or public policy.

» Have you read this book? We'd like to know what you think about it - write a review about Insane Consequences book by DJ Jaffe and you'll earn 50c in Boomerang Bucks loyalty dollars (you must be a Boomerang Books Account Holder - it's free to sign up and there are great benefits!)

D. J. Jaffe is executive director of MentalIllnessPolicy.org, a nonpartisan think tank, which creates detailed policy analysis for legislators, the media, and advocates. He regularly appears on television and has written op-eds for the New York Times, Washington Post, Wall Street Journal, and articles for National Review and Huffington Post. He has served with numerous nonprofits including the Treatment Advocacy Center and National Alliance on Mental Illness. He has a seriously mentally ill relative and lives in Harlem.