Inside The Five-sided Box

Description - Inside The Five-sided Box by Ash Carter

The Pentagon is the headquarters of the single largest institution in America- the Department of Defense. The D.O.D. employs millions of Americans. It owns and operates more real estate, and spends more money, than any other entity. It manages the world's largest and most complex information network and performs more R&D than Apple, Google, and Microsoft combined. Most important, the policies it carries out, in war and peace, impact the security and freedom of billions of people around the globe.

Yet to most Americans, the dealings of the D.O.D. are a mystery, and the Pentagon nothing more than an opaque five-sided box that they regard with a mixture of awe and suspicion.

In this new book, former Secretary of Defense Ash Carter demystifies the Pentagon and sheds light on all that happens inside one of the nation's most iconic, and most closely guarded, buildings. Drawn from Carter's thirty-six years of leadership experience in the D.O.D., this is the essential book for understanding the challenge of defending America in a dangerous world-and imparting a trove of incisive lessons that can guide leaders in any complex organization.

In these times of great disruption and danger, the need for Ash Carter's authoritative and pragmatic account is more urgent than ever.

Other Editions - Inside The Five-sided Box by Ash Carter 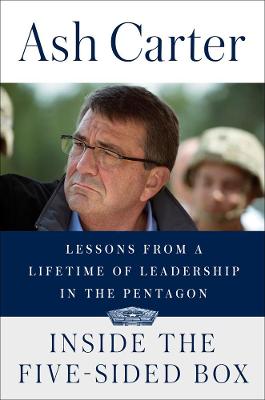 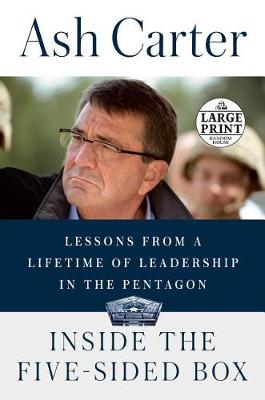 Book Reviews - Inside The Five-sided Box by Ash Carter

» Have you read this book? We'd like to know what you think about it - write a review about Inside The Five-sided Box book by Ash Carter and you'll earn 50c in Boomerang Bucks loyalty dollars (you must be a Boomerang Books Account Holder - it's free to sign up and there are great benefits!)


A Preview for this title is currently not available.
More Books By Ash Carter
View All

Inside The Five-sided Box: Lessons from a Lifetime of Leadership in the Pentagon
$44.99 $49.99