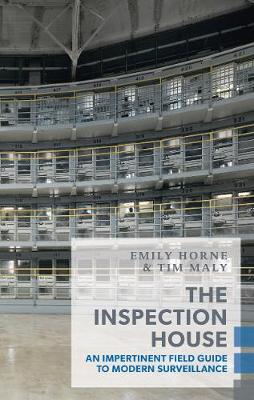 In 1787, British philosopher and social reformer Jeremy Bentham conceived of the panopticon, a ring of cells observed by a central watchtower, as a labor-saving device for those in authority. While Bentham's design was ostensibly for a prison, he believed that any number of places that require supervision-factories, poorhouses, hospitals, and schools-would benefit from such a design. The French philosopher Michel Foucault took Bentham at his word. In his groundbreaking 1975 study, Discipline and Punish, the panopticon became a metaphor to describe the creeping effects of personalized surveillance as a means for ever-finer mechanisms of control.

Forty years later, the available tools of scrutiny, supervision, and discipline are far more capable and insidious than Foucault dreamed, and yet less effective than Bentham hoped. Shopping malls, container ports, terrorist holding cells, and social networks all bristle with cameras, sensors, and trackers. But, crucially, they are also rife with resistance and prime opportunities for revolution. The Inspection House is a tour through several of these sites-from Guantanamo Bay to the Occupy Oakland camp and the authors' own mobile devices-providing a stark, vivid portrait of our contemporary surveillance state and its opponents.

Tim Maly is a regular contributor to Wired, the Atlantic, and Urban Omnivore and is a 2014 fellow at Harvard University's Metalab.

Emily Horne is the designer and photographer of the webcomic A Softer World.

» Have you read this book? We'd like to know what you think about it - write a review about Inspection House book by Tim Maly and you'll earn 50c in Boomerang Bucks loyalty dollars (you must be a Boomerang Books Account Holder - it's free to sign up and there are great benefits!)

Emily Horne lives and works in Toronto, Ontario. She is the photographer and designer for the webcomic A Softer World, and freelance edits books for kicks. Her work has appeared in The Guardian, The Coast, and Tor.com. Tim Maly is a writer and design journalist whose work focuses on the near future of design, architecture, and infrastructure. He is a Fellow at Harvard's Metalab, investigating the landscapes of 3D printing. His writing has appeared in Wired, The Atlantic, Volume, and Urban Omnibus.