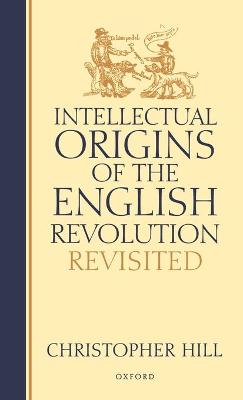 This is a revised edition of Christopher Hill's classic and ground-breaking examination of the motivations behind the English Revolution and Civil War, first published in 1965. In addition to the text of the original, Dr Hill provides thirteen new chapters which take account of other publications since the first edition, bringing his work up-to-date in a stimulating and enjoyable way. This book poses the problem of how, after centuries of rule
by King, lords, and bishops, when the thinking of all was dominated by the established church, English men and women found the courage to revolt against Charles I, abolish bishops, and execute the king
in the name of his people. The far-reaching effects and the novelty of what was achieved should not be underestimated - the first legalized regicide, rather than an assassination; the formal establishment of some degree of religious toleration; Parliament taking effective control of finance and foreign policy on behalf of gentry and merchants, thus guaranteeing the finance necessary to make England the world's leading naval power; abolition of the Church's prerogative courts (confirming gentry
control at a local level); and the abolition of feudal tenures, which made possible first the agricultural and then the industrial revolution. Christopher Hill examines the intellectual forces which
helped to prepare minds for a revolution that was much more than the religious wars and revolts which had gone before, and which became the precedent for the great revolutionary upheavals of the future.

» Have you read this book? We'd like to know what you think about it - write a review about Intellectual Origins of the English Revolution - Revisited book by Christopher Hill and you'll earn 50c in Boomerang Bucks loyalty dollars (you must be a Boomerang Books Account Holder - it's free to sign up and there are great benefits!)

Former Master of Balliol College, Oxford, Christopher Hill is an extremely well-known and respected historian. The original edition of this book has been a classic text for over twenty years.