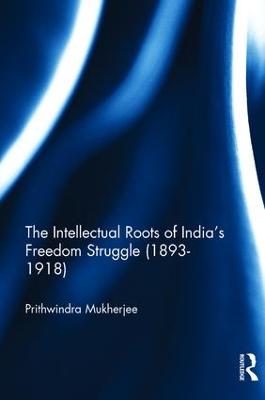 Most people believe India's struggle for independence to have begun with Mahatma Gandhi. Little credit goes to the proof that this call for a mass movement did not arise out of a void. For the past century and more, historians have overlooked the phase of twenty-five years of intense creative endeavour preceding and preparing for the Mahatma's advent. The reason for this systematic omission has been the fundamentally radical nature of the revolutionary programme put to practice by Indian leaders of late nineteenth and early twentieth centuries. Jugantar was diametrically distinct from the dream of non-violence floated by the Mahatma and the Congress.

Very well documented with inputs from Indian, European and American archives, the present study carefully straightenes out the origins - philosophical, historical and religious and intellectual, so to say - of Indian nationalism. From Rammohun to Sri Aurobindo, passing through Marx and Tagore, the full set of ideological views has been analysed here.

Unknown up to this day, the sustained focus in this volume on the outlook and the activities of these revolutionaries inside India and abroad brings home the 'very sophisticated understanding of the contemporary political reality' that made their leader Jatindranath Mukherjee, the 'right hand man' of Sri Aurobindo, the very emblem of an epoch and its aspirations.

» Have you read this book? We'd like to know what you think about it - write a review about Intellectual Roots of India's Freedom Struggle (1893-1918) book by Prithwindra Mukherjee and you'll earn 50c in Boomerang Bucks loyalty dollars (you must be a Boomerang Books Account Holder - it's free to sign up and there are great benefits!)

Prithwindra Mukherjee (b. 1936) is a poet, historian, musicologist, translator and author of more than sixty books in Bengali, French and English. Based in Paris since 1966, he has received the Chevalier Arts & Letters (2009) and Chevalier Palmes Academiques (2015) from the Government of France.