The field of intergovernmental relations has changed substantially over the past five decades. It maintains a critical and evolving role in the US federal system as well as in public policy and administration. Building upon the legacy of Deil S.Wright's scholarship, this collection of essays by distinguished scholars, emerging thought leaders, and experienced practitioners chronicles and analyzes some of the tensions and pressures that have contributed to the current state of intergovernmental relations and management.

Other Editions - Intergovernmental Relations in Transition by Carl W. Stenberg 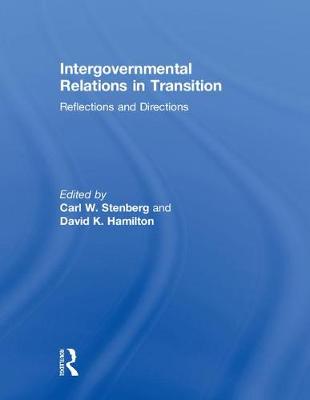 » Have you read this book? We'd like to know what you think about it - write a review about Intergovernmental Relations in Transition book by Carl W. Stenberg and you'll earn 50c in Boomerang Bucks loyalty dollars (you must be a Boomerang Books Account Holder - it's free to sign up and there are great benefits!)

A Preview for this title is currently not available.
More Books By Carl W. Stenberg
View All