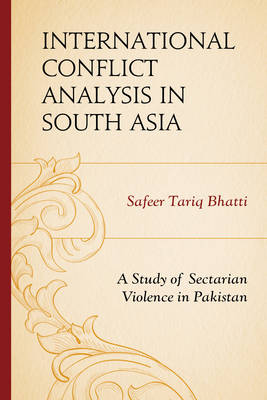 A Study of Sectarian Violence in Pakistan

International Conflict Analysis in South Asia: A Study of Sectarian Violence in Pakistan analyzes the ideological relationship of the Muslim identity to its perceived practice of Islam among the Shia and Deobandi sects. A Muslim identity, defined as the parameters of who is and who isn't a Muslim has led to the political conundrum of Pakistan to an anticipated single interpretation of Islam causing severe sectarian violence across the country. Sectarianism has been rooted in Pakistan's affairs since 1953, but most recently the country has been victimized by political and sectarian Islamic movements. The collective mobilization and propaganda campaigns of these movements have led exclusion of certain religious minorities and their practices. The study takes root in Punjab Pakistan among twenty seven interviews where the Deobandi sect and the Shia sect face severe fatalities and undefined conflict.

» Have you read this book? We'd like to know what you think about it - write a review about International Conflict Analysis in South Asia book by Safeer Tariq Bhatti and you'll earn 50c in Boomerang Bucks loyalty dollars (you must be a Boomerang Books Account Holder - it's free to sign up and there are great benefits!)