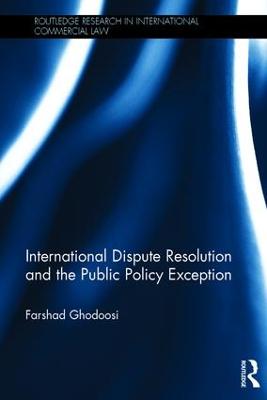 Despite the unprecedented growth of arbitration and other means of ADR in treaties and transnational contracts in recent years, there remains no clearly defined mechanism for control of the system. One of the oldest yet largely marginalized concepts in law is the public policy exception. This doctrine grants discretion to courts to set aside private legal arrangements, including arbitration, which might be considered harmful to the "public". The exceptional and vague nature of the doctrine, along with the strong push of actors in dispute resolution, has transformed it, in certain jurisdictions, to a toothless doctrine. At the international level, the notion of transnational public policy has been devised in order to capture norms that are "truly" transnational and amenable for application in cross-border litigations. Yet, despite the importance of this discussion-a safety valve and a control mechanism for today's international and domestic international dispute resolution- no major study has ventured to review and analyze it.

The book sheds light on one of the most important yet often-neglected control mechanisms of today's international dispute resolution and will be of particular interest to students and academics in the fields of International Investment Law, International Trade Law, Business and Economics. 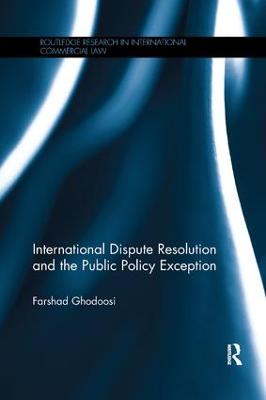 » Have you read this book? We'd like to know what you think about it - write a review about International Dispute Resolution and the Public Policy Exception book by Farshad Ghodoosi and you'll earn 50c in Boomerang Bucks loyalty dollars (you must be a Boomerang Books Account Holder - it's free to sign up and there are great benefits!)

A Preview for this title is currently not available.
More Books By Farshad Ghodoosi
View All