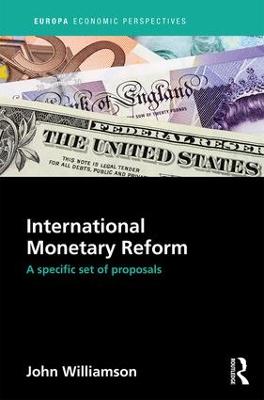 A Specific Set of Proposals

Chapters examine the Palais-Royal report, explain how the IMF could be granted unlimited bailout powers to confront a global crisis, propose an exchange-rate based mechanism by which the international community could discipline excessive imbalances, examine alternative possibilities for the supply of future reserves, advocate `enthronement of the Special Drawing Right', and discuss the obstacles in the way of such an ambitious reform agenda. 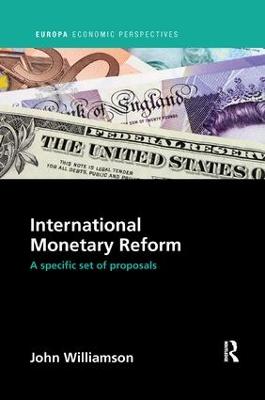 » Have you read this book? We'd like to know what you think about it - write a review about International Monetary Reform book by John Williamson and you'll earn 50c in Boomerang Bucks loyalty dollars (you must be a Boomerang Books Account Holder - it's free to sign up and there are great benefits!)

John Williamson was, for the greater part of his career (1981-2012), a Senior Fellow at the Peterson Institute for International Economics, USA. Before that he was an academic at the Universities of York and Warwick in the United Kingdom and Pontificia Universidade Catolica do Rio de Janeiro, Brazil, interrupted by spells at the UK Treasury (1968-70) and the International Monetary Fund (1972-74). He was also a Visiting Professor at the London School of Economics, Massachusetts Institute of Technology and Princeton University, USA, and took leave of absence from the Peterson Institute to serve as Chief Economist in the World Bank from 1996-99. His publications have mostly concerned international monetary economics, although he also achieved a certain notoriety in 1989 for inventing the phrase 'Washington Consensus'.

A Preview for this title is currently not available.
More Books By John Williamson
View All

A Seasonable Testimony; In Four Parts Part I. Humble Pleadings with Our Mother-Church of Scotland. Part II. Serious Expostulations with Separatists from It. Part III. Earnest Exhortations ... Part IV. a Continuation the Second Edition
$41.10 $45.67

A Treatise on Military Finance; Containing the Pay of the Forces on the British and Irish Establishment; With the Allowances in Camp, Garrison and Quarters, &C.
$45.06 $50.07

A Speech Without Doors: Concerning the Process Against Professor Simson, as It Now Lies Before the Venerable Assembly of the Church of Scotland, in Name of Some Onlookers Who Are Trembling for the Ark of God
$29.21 $32.46

A Full and Authentic Account of John Williamson, Who Was Executed in Moorfields, on Monday the Nineteenth of January, 1767, for the Murder of His Wife, ... Together with an Original Letter, Written by Williamson After He Was Taken Up
$31.20 $34.67