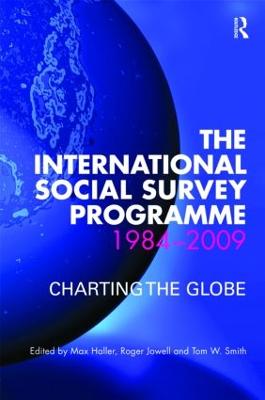 The social sciences rely more on the comparative method than on experimental data mainly because the latter is difficult to acquire amongst human populations. The International Social Survey Programme has played a pioneering role in creating and sustaining methodologically-sophisticated mass attitude surveys across the globe. Starting in 1984 with five nations, it now encompasses forty-five nations spread over five continents, each administering an identical annual survey to a random sample of their population. Analyses of the data or descriptions of the methodology already appear in over 3,000 publications. This book contains new contributions from three dozen eminent scholars who analyse and compare the perceptions and attitudes of citizens across all five continents, nations and over time. Subjects range from inequality and the role of the state; ethnic, national and global identities; the changing relevance of religion, beliefs and practices; gender roles, family values and work orientations; household and society. Some chapters focus on methodological issues; others focus on substantive findings. This book sets new standards for cross-cultural research. 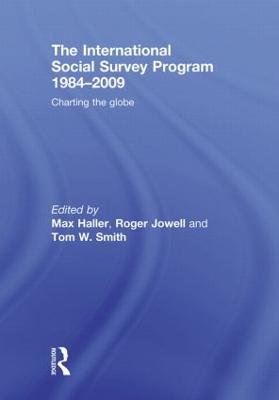 » Have you read this book? We'd like to know what you think about it - write a review about International Social Survey Programme 1984-2009 book by Max Haller and you'll earn 50c in Boomerang Bucks loyalty dollars (you must be a Boomerang Books Account Holder - it's free to sign up and there are great benefits!)

Max Haller is Professor of Sociology at the University of Graz, Austria, and a member of the Austrian Academy of Science. He has been president of the Austrian Sociological Association and Vice-President of the European Sociological Association, and co-founded the International Social Survey Programme. He has published over 100 scientific articles and edited two dozen books; his most recent is European Integration as an Elite Process: The Failure of a Dream? (also published by Routledge). Roger Jowell is a Research Professor at City University London, and founding director of its Centre for Comparative Social Surveys. He is one of the founders of the International Social Survey Programme, and chaired it for the first six years. He is an elected member of the International Statistical Institute, an Academician of the UK's Academy of Social Sciences, and has been a vice-president of the UK's Royal Statistical Society. Tom W. Smith is an internationally recognized expert in survey research specializing in the study of social change and survey methodology. He is Director of the Center for the Study of Politics and Society at the National Opinion Research Center, University of Chicago. Since 1980 he has been co-principal investigator of the National Data Program for the Social Sciences and director of its General Social Survey (GSS). Co-founder and former Secretary General of the International Social Survey Program, he has won numerous awards and prizes for his work.

A Preview for this title is currently not available.
More Books By Max Haller
View All

Ethnic Stratification and Economic Inequality around the World
$249.48 $252.00