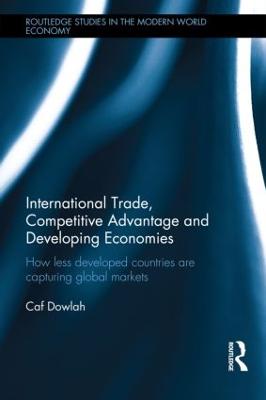 Changing Trade Patterns since the Emergence of the WTO

Available research suggests that less developed countries have significant competitive advantage over developed countries in three major areas of international trade: agriculture, textiles and clothing (T&C), and cross-border labor mobility. Incidentally, these are also the trade sectors which experienced widespread protectionist measures, especially in developed world, for decade after decade. Under the World Trade Organization (WTO), which replaced the General Agreement on Tariff and Trade (GATT) in 1995, much of the restrictions in T&C trade has been phased out, but still this sector faces much higher tariff and non-tariff barriers than any other manufacturing sector in world economy. The agricultural sector also experienced significant dismantling of deeply entrenched trade barriers under the WTO over the course of last two decades, but the sector still remains plagued with quite extensive domestic supports, export subsidies, and tariff barriers. At the same time, despite both theoretical expositions and empirical trends point to significant potential gains from cross-border labor mobility, the sector remains mired in a complex quagmire of economic and political restrictions around the world. Thus, all three sectors in which less developed countries have exports interests still remain less liberalized than the sectors in which developed countries have exports interests.

This book provides an in-depth and up-to-date scholarly analysis of all three trade sectors-agriculture, T&C and cross-border labor mobility-with a penetrating scrutiny of historical backgrounds and developments, crosscurrents of interests and perspectives of both developed and developing countries, and evolving trade patterns and potentials in a more liberalized and globalized world economy. The book also identifies critical economic issues and options for less developed countries in the WTO negotiations for further liberalization of agriculture, T&C, and cross-border labor mobility. This volume will be an important point of reference for students, scholars, and practitioners of international trade, economic development, development economics, and WTO-related issues. » Have you read this book? We'd like to know what you think about it - write a review about International Trade, Competitive Advantage and Developing Economies book by Caf Dowlah and you'll earn 50c in Boomerang Bucks loyalty dollars (you must be a Boomerang Books Account Holder - it's free to sign up and there are great benefits!)

Caf Dowlah is Professor of Economics at the City University of New York, USA.

A Preview for this title is currently not available.
More Books By Caf Dowlah
View All

Foundations of Modern Slavery: Profiles of Unfree and Coerced Labor through the Ages
$359.10 $399.00

International Trade, Competitive Advantage and Developing Economies: Changing Trade Patterns since the Emergence of the WTO
$70.19 $77.99