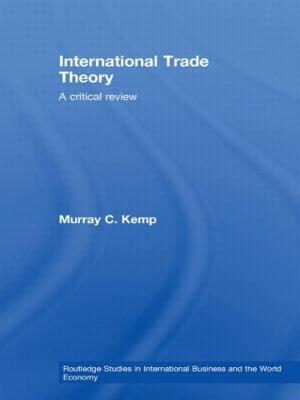 Murray C. Kemp is one of Australia's foremost economists. He has held positions across the world including London School of Economics, U.C. Berkeley, Columbia University, McGill University, MIT, and latterly Macquarie University. Kemp was a Member of Council for the Econometric Society and was a Distinguished Fellow of the Economics Society of Australia. He has served as President of the International Economics and Finance Society. In 1987 he was awarded the Humboldt Foundation Prize.

This book brings together several essays on the current state of the theory of international trade. As the book's title suggests, the essays are critical of several major components of the existing theory; thus, the Ricardian principle of comparative advantage, the ancient and widely accepted belief that international free trade is potentially beneficial for all countries, and the more recently developed normative analysis of international transfers (foreign aid, war indemnities) are shown to be seriously defective. 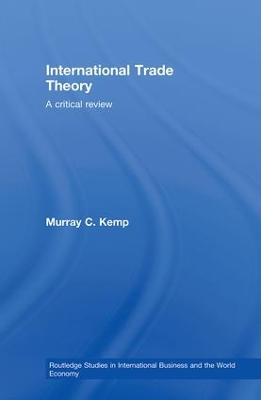 » Have you read this book? We'd like to know what you think about it - write a review about International Trade Theory book by Murray Kemp and you'll earn 50c in Boomerang Bucks loyalty dollars (you must be a Boomerang Books Account Holder - it's free to sign up and there are great benefits!)

Murray C. Kemp is Emeritus Professor at the University of New South Wales in Sydney and has previously served as President of the International Economics and Finance Society.

A Preview for this title is currently not available.
More Books By Murray Kemp
View All