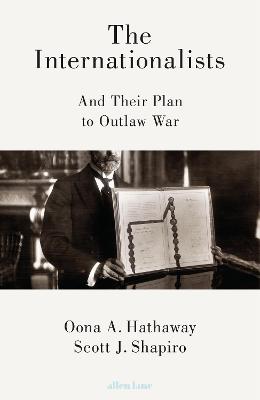 And Their Plan to Outlaw War

Description - The Internationalists by Oona Hathaway

Since the end of the Second World War, the world has moved from an international system in which war was legal, and accepted as the ultimate arbiter of disputes between nations, to one in which it was not. How did this epochal transformation come about? This remarkable book, which combines political, legal and intellectual history, traces the origins and course of one of the great shifts in the modern world. The pivot of The Internationalists is the Paris Peace Pact of 1928. Spurred by memories of the First World War and driven by the idealism of a small number of statesmen and thinkers, virtually every nation renounced war as a means of international policy. Eleven years later, on the outbreak of the Second World War, the Pact looked like an embarrassing lapse in the serious business of international affairs. That is how historians have seen it ever since. Hathaway and Shapiro show, however, that the Pact shaped a new world order.

Other Editions - The Internationalists by Oona Hathaway 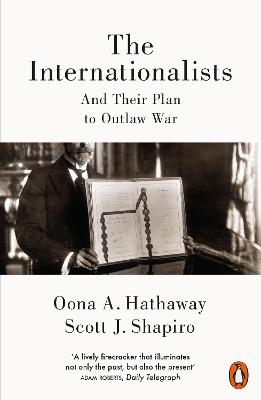 » Have you read this book? We'd like to know what you think about it - write a review about Internationalists book by Oona Hathaway and you'll earn 50c in Boomerang Bucks loyalty dollars (you must be a Boomerang Books Account Holder - it's free to sign up and there are great benefits!)

A Preview for this title is currently not available.
More Books By Oona Hathaway
View All