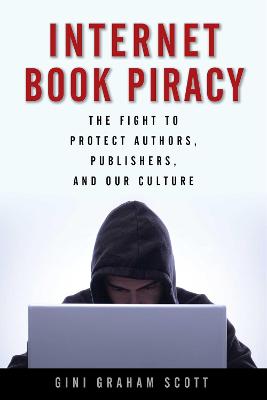 The Fight to Protect Authors, Publishers, and Our Culture

The international battle against Internet pirates has been heating up. Increasingly law enforcement is paying attention to book piracy as ebook publishing gains an ever-larger market share. With this threat to their health and even survival, publishers and authors must act much like the music, film, and software giants that have waged war against pirates for the past two decades. Now, Internet Book Piracy opens a discussion on what happens to the victims of piracy. Drawing from a large number of interviews-from writers, self-publishers, mainstream publishers, researchers, students, admitted pirates, free speech advocates, attorneys, and local and international law enforcement officials-the text speaks to such issues as:
* Why pirates have acted and how they feel about it
* The conflict over constitutional rights and piracy
* The current laws surrounding Internet piracy
* Examples of cases taken against some pirates
* Alternatives to piracy
* Personal experiences of being ripped off
* The ways piracy affects different industries and how they've responded
Author Gini Graham Scott prepares readers to arm themselves against these modern perils by learning about copyright, infringement, and how to prevent, combat, and end book piracy.

» Have you read this book? We'd like to know what you think about it - write a review about Internet Book Piracy book by Gini Graham Scott and you'll earn 50c in Boomerang Bucks loyalty dollars (you must be a Boomerang Books Account Holder - it's free to sign up and there are great benefits!)

Gini Graham Scott has published over fifty books with mainstream publishers, focusing on social trends, work and business relationships, and personal and professional development, and she has a regular Huffington Post column. She has written, produced, and directed over sixty short videos, which are featured on her Changemakers Productions website, as well as a recent documentary series based on this book. Gini has a PhD in sociology from UC Berkeley, and master's degrees in anthropology, pop culture and lifestyles, mass communications and organizational/consumer/audience behavior, and recreation and tourism from California State University, East Bay. She lives in Lafayette, California.

A Preview for this title is currently not available.
More Books By Gini Graham Scott
View All

Workbook for Using the Dog Type System for Success in Business and the Workplace
$43.97 $48.86