Avicenna is the greatest philosopher of the Islamic world. His immense impact on Christian and Jewish medieval thought, as well as on the subsequent Islamic tradition, is charted in this volume alongside studies which provide a comprehensive introduction to and analysis of his philosophy. Contributions from leading scholars address a wide range of topics including Avicenna's life and works, conception of philosophy and achievement in logic and medicine. His ideas in the main areas of philosophy, such as epistemology, philosophy of religion and physics, are also analyzed. While serving as a general introduction to Avicenna's thought, this collection of critical essays also represents the cutting edge of scholarship on this most influential philosopher of the medieval era. 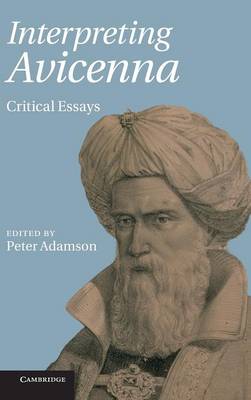 » Have you read this book? We'd like to know what you think about it - write a review about Interpreting Avicenna book by Peter Adamson and you'll earn 50c in Boomerang Bucks loyalty dollars (you must be a Boomerang Books Account Holder - it's free to sign up and there are great benefits!)

Peter Adamson is Professor of Philosophy at Ludwig-Maximilians-Universitat, Munich, and at King's College London. He is author of The Arabic Plotinus: a Philosophical Study of the So-Called 'Theology of Aristotle' (2002) and Al-Kindi (2006), and co-editor, with Richard C. Taylor, of The Cambridge Companion to Arabic Philosophy (Cambridge, 2004). He has edited numerous collected volumes on philosophy in the Islamic world.