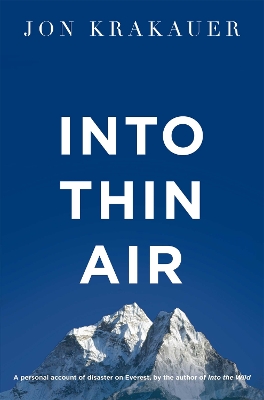 Jon Krakauer's Into Thin Air is the true story of a 24-hour period on Everest, when members of three separate expeditions were caught in a storm and faced a battle against hurricane-force winds, exposure, and the effects of altitude, which ended in the worst single-season death toll in the peak's history.

In March 1996, Outside magazine sent veteran journalist and seasoned climber Jon Krakauer on an expedition led by celebrated Everest guide Rob Hall. Despite the expertise of Hall and the other leaders, by the end of summit day, eight people were dead. Krakauer's book is at once the story of the ill-fated adventure and an analysis of the factors leading up to its tragic end. Written within months of the events it chronicles, Into Thin Air clearly evokes the majestic Everest landscape.

As the journey up the mountain progresses, Krakauer puts it in context by recalling the triumphs and perils of other Everest trips throughout history. The author's own anguish over what happened on the mountain is palpable as he leads readers to ponder timeless questions.

One of the inspirations for the major motion picture Everest, starring Jake Gyllenhaal and Keira Knightley.

'Into Thin Air ranks among the great adventure books of all time.' - Wall Street Journal

'A harrowing tale of the perils of high-altitude climbing, a story of bad luck and worse judgment and of heartbreaking heroism.' - People

Other Editions - Into Thin Air by Jon Krakauer 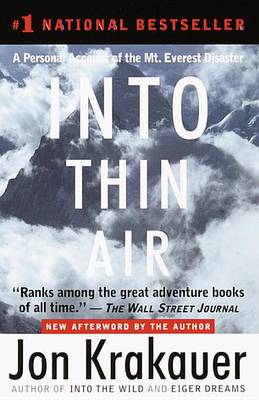 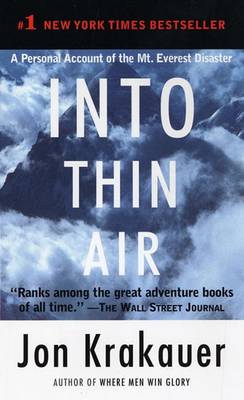 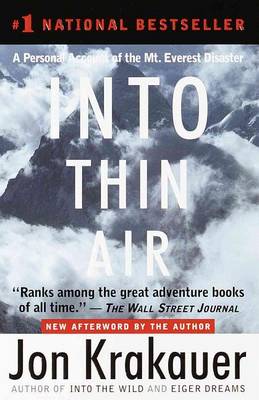 » Have you read this book? We'd like to know what you think about it - write a review about Into Thin Air book by Jon Krakauer and you'll earn 50c in Boomerang Bucks loyalty dollars (you must be a Boomerang Books Account Holder - it's free to sign up and there are great benefits!)

Jon Krakauer is the author of Eiger Dreams, Into the Wild, and Under the Banner of Heaven, and is editor of the Modern Library Exploration series. He lives in the USA.

The Diary of a Young Girl: The Definitive Edition
Anne Frank
$11.99 $14.99
More Books By Jon Krakauer
View All