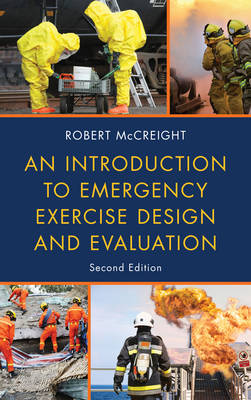 An Introduction to Emergency Exercise Design and Evaluation

An Introduction to Emergency Exercise Design and Evaluation is designed to help practitioners and students of emergency management understand various aspects of the exercise design process. Emergency exercises are an important component of an organization's emergency planning and preparedness, yet few emergency managers and practitioners have training in designing or evaluating them. In this updated and practical handbook, author Robert McCreight explains the essential elements and core principles of exercise design and evaluation. This book focuses on natural disasters and technological emergencies that occur in communities of any size. It provides emergency planners, public health professionals, emergency managers, police officers, and fire fighters with an in-depth look at exercise design issues and an accessible guide to designing and evaluating emergency exercises. 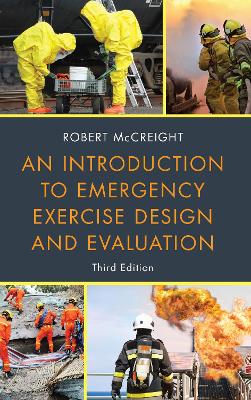 » Have you read this book? We'd like to know what you think about it - write a review about Introduction to Emergency Exercise Design and Evaluation book by Robert McCreight and you'll earn 50c in Boomerang Bucks loyalty dollars (you must be a Boomerang Books Account Holder - it's free to sign up and there are great benefits!)

After serving the United States government at the State Department and other federal agencies over a 35 year career, Dr. McCreight retired in 2004 and served as a consultant for major homeland security and national defense contractors. His professional career includes work as an intelligence analyst. treaty negotiator, arms control delegate to the UN, counter-terrorism advisor, political-military affairs analyst and Deputy Director of Global Scientific Exchanges at State Department. During his service at State Department he was a senior Soviet military analyst with INR and specialized in the assessment of nuclear, chemical and biological weapons programs. Later in his professional career he performed assignments where he either managed or coordinated international post-disaster relief and humanitarian operations, developed peacekeeping policy, promoted global science and technology cooperation projects and helped design treaty verification systems. At the middle of his career he also participated in the design and coordination of White House nuclear readiness command crisis exercises during the Reagan administration. During his federal career he designed, developed and coordinated well over 26 cabinet level strategic nuclear preparedness exercises, worked on Presidential Protection and Survivability Programs and directed the operation of several dozen senior-level military exercises involving theoretical force-on-force scenarios between the United States and the Soviet Union. This followed several years of designing and evaluating unit combat exercises for the U.S. Army. McCreight spent 27 years of combined active and reserve military service concurrently with his civilian work in U.S. Army Special Operations and has devoted 15 years to teaching graduate school as an adjunct at Georgetown, George Mason, George Washington, and Virginia Tech Universities in subjects as diverse as disaster and emergency management, strategic intelligence, nonproliferation policy, homeland security policies, terrorism analysis, intelligence analysis, scientific issues and defense policy and assessing WMD threats. He completed his doctoral degree in Public Administration in 1989 and remains active in graduate education programs in emergency and crisis management as well as security studies and terrorism analysis. He has also written and published over 29 articles on chemical weapons use, disaster management, disaster recovery, post-strike attribution, biological weapons threats to homeland security, crisis management, WMD scenario development and collegiate educational strategies for developing future crisis managers for government service. His first edition of this textbook-Emergency Exercise Design and Evaluation was published in 2011 and became a popular resource in both undergraduate and graduate schools. He has co-edited and authored a new textbook on Homeland Defense published by CRC Press in October 2014.

A Preview for this title is currently not available.
More Books By Robert McCreight
View All