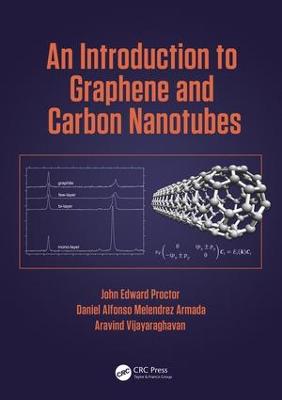 An Introduction to Graphene and Carbon Nanotubes

Description - An Introduction to Graphene and Carbon Nanotubes by John E. Proctor

Carbon nanotubes and graphene have been the subject of intense scientific research since their relatively recent discoveries. This book introduces the reader to the science behind these rapidly developing fields, and covers both the fundamentals and latest advances. Uniquely, this book covers the topics in a pedagogical manner suitable for undergraduate students. The book also uses the simple systems of nanotubes and graphene as models to teach concepts such as molecular orbital theory, tight binding theory and the Laue treatment of diffraction.

Suitable for undergraduate students with a working knowledge of basic quantum mechanics, and for postgraduate researchers commencing their studies into the field, this book will equip the reader to critically evaluate the physical properties and potential for applications of graphene and carbon nanotubes.

Other Editions - An Introduction to Graphene and Carbon Nanotubes by John E. Proctor 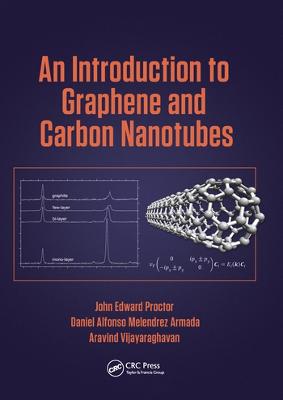 Book Reviews - An Introduction to Graphene and Carbon Nanotubes by John E. Proctor

» Have you read this book? We'd like to know what you think about it - write a review about Introduction to Graphene and Carbon Nanotubes book by John E. Proctor and you'll earn 50c in Boomerang Bucks loyalty dollars (you must be a Boomerang Books Account Holder - it's free to sign up and there are great benefits!)

John Proctor is a senior lecturer in physics at the University of Salford and is head of the Materials and Physics Research Group. He specialises in solid state physics, particularly the study of materials under extreme conditions. His works on graphene, silane and transition metal hydrides under high pressure have been highly cited. He regularly publishes research in leading international peer-reviewed journals, delivers contributed and invited talks at international conferences, and is a user at national and international synchrotron facilities. He was previously a lecturer at the University of Hull (2011 - 2013) and a post-doctoral research fellow at the University of Edinburgh (2007 - 2011). He obtained his PhD (2007) from the University of Manchester, and his MPhys (2004) from the University of Oxford. Daniel Melendrez Armada is pursuing his PhD in nanomaterials at the University of Manchester. His research involves the development of graphene based sensors. He was awarded his MSc in Electrical Engineering with option in Bioelectronics (2012) from the Centre for Research and Advanced Studies of the National Polytechnic Institute, Mexico. Aravind Vijayaraghavan is a lecturer in nanomaterials at The University of Manchester. He leads the Nano-functional Materials Group (www.nanofunc.com) and his research involves the science and technology of graphene and two-dimensional materials, particularly for applications in composites, electronics, sensors and biotechnology. He was previously a post-doctoral research fellow at Massachusetts Institute of Technology, USA and an Alexander von Humboldt Fellow at Karlsruhe Institute of Technology, Germany. He obtained his MEng (2002) and PhD (2006) from Rensselaer Polytechnic Institute, USA and his BTech (2000) from the Indian Institute of Technology - Madras, India. He has published over 60 papers in international peer reviewed journals and delivered over 50 presentations at international conferences. He is also a leader in public engagement and science communication and won the 2013 Joshua Phillips Award for Innovation in Science Engagement.

A Preview for this title is currently not available.
More Books By John E. Proctor
View All