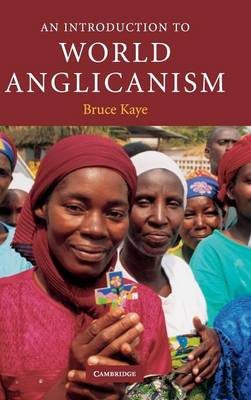 An Introduction to World Anglicanism

Description - An Introduction to World Anglicanism by Bruce Kaye

What is the nature of world Anglicanism in a postcolonial, global age? With talk of fragmentation constantly in the media, what does it mean to be 'Anglican'? This book presents Anglicanism as a conversation over time amongst a community of people held together by sets of practices and beliefs. The first part describes the emergence of Anglicanism and its foundations in older Christian traditions. The second looks at Anglican practices within the framework of changing understandings of mission, and focuses on liturgy, patterns of engagement with others, organisation and power in the church, and ministerial offices. There are two separate chapters on the ordination of women and homosexuality in the public life of the church. The third part, on beliefs, addresses the central question of knowledge and authority in Anglicanism, as well as ecclesiology, the nature of the church itself. A final chapter looks to the future.

Other Editions - An Introduction to World Anglicanism by Bruce Kaye 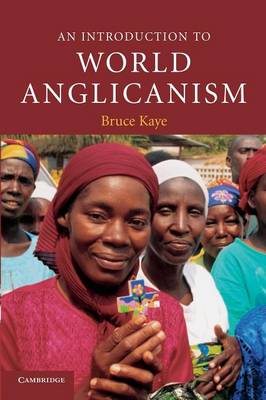 Book Reviews - An Introduction to World Anglicanism by Bruce Kaye

» Have you read this book? We'd like to know what you think about it - write a review about Introduction to World Anglicanism book by Bruce Kaye and you'll earn 50c in Boomerang Bucks loyalty dollars (you must be a Boomerang Books Account Holder - it's free to sign up and there are great benefits!)

Bruce Kaye was General Secretary of the Anglican Church of Australia from 1994 to 2004. He is a cosmopolitan scholar and priest who, after studying in Sydney and taking his doctorate in Basel, held a post in the Theology Department at the University of Durham in the UK for twelve years before returning to the University of New South Wales in Australia. His visiting fellowships include periods in Freiburg-im-Breisgau, Cambridge, and Seattle, and he is a regular visitor to North America. He is the author of eight books, editor of ten further volumes, and has written some sixty journal articles as well as contributing to newspapers, radio and TV. He is also the foundation editor of The Journal of Anglican Studies.

A Preview for this title is currently not available.
More Books By Bruce Kaye
View All

The Rise and Fall of the English Christendom: Theocracy, Christology, Order and Power
$77.21 $77.99

Conflict and the Practice of Christian Faith: The Anglican Experiment
$52.90 $58.78