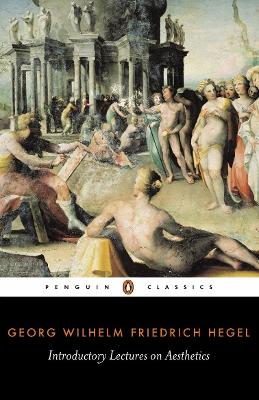 No philosopher has held a higher opinion of art than Hegel, yet nor was any so profoundly pessimistic about its prospects - despite living in the German golden age of Goethe, Mozart and Schiller. For if the artists of classical Greece could find the perfect fusion of content and form, modernity faced complicating - and ultimately disabling - questions. Christianity, with its code of unworldliness, had compromised the immediacy of man's relationship with reality, and ironic detachment had alienated him from his deepest feelings. Hegel's Introductory Lectures on Aesthetics were delivered in Berlin in the 1820s and stand today as a passionately argued work that challenged the ability of art to respond to the modern world.

» Have you read this book? We'd like to know what you think about it - write a review about Introductory Lectures on Aesthetics book by Georg Hegel and you'll earn 50c in Boomerang Bucks loyalty dollars (you must be a Boomerang Books Account Holder - it's free to sign up and there are great benefits!)


A Preview for this title is currently not available.
More Books By Georg Hegel
View All

Lectures on the Philosophy of Religion: Together with a Work on the Proofs of the Existence of God
$99.00 $110.00

The Logic of Hegel: Translated from the Encyclopaedia of the Philosophical Sciences
$105.33 $117.03

The Philosophy of Art: An Introduction to the Scientific Study of Aesthetics
$84.24 $93.60

Lectures on the Philosophy of Religion, Together with a Work on the Proofs of the Existence of God. Translated from the 2D German Ed. by E.B. Speirs, and J. Burdon Sanderson: The Translation Edited by E.B. Speirs; Volume 2
$99.00 $110.00