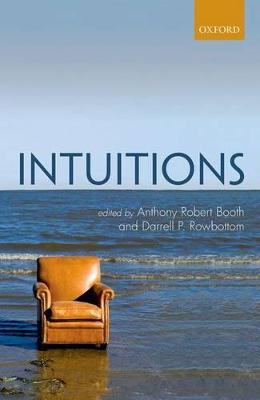 Intuitions may seem to play a fundamental role in philosophy: but their role and their value have been challenged recently. What are intuitions? Should we ever trust them? And if so, when? Do they have an indispensable role in science-in thought experiments, for instance-as well as in philosophy? Or should appeal to intuitions be abandoned altogether? This collection brings together leading philosophers, from early to late career, to tackle such questions. It presents the state of the art thinking on the topic.Readership: Scholars and advanced students of philosophy.

» Have you read this book? We'd like to know what you think about it - write a review about Intuitions book by Anthony Robert Booth and you'll earn 50c in Boomerang Bucks loyalty dollars (you must be a Boomerang Books Account Holder - it's free to sign up and there are great benefits!)

Anthony Robert Booth is a Lecturer in Philosophy at Sussex University, UK. He is also a researcher on the NWO funded Trusting Banks project, a collaborative project between the Universities of Cambridge and Groningen. He works mainly in areas at the intersection of Ethics and Epistemology. He has published several articles in journals such as The Journal of Philosophy, Philosophy and Phenomenological Research, and Synthese. Darrell P. Rowbottom is a Professor of Philosophy at Lingnan University, Hong Kong. He was previously a British Academy Postdoctoral Fellow at the University of Oxford. He works mainly in the areas of philosophy of science, epistemology, metaphysics, and the foundations of probability. He is the author of forty journal articles, numerous entries in handbooks and encylopaedias, and a monograph (Popper's Critical Rationalism). He is an associate editor of the Australasian Journal of Philosophy.

A Preview for this title is currently not available.
More Books By Anthony Robert Booth
View All