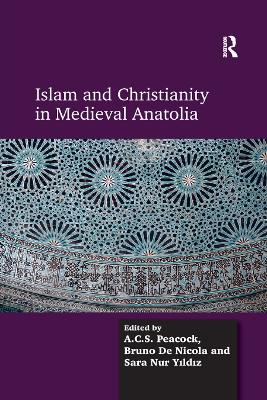 Islam and Christianity in Medieval Anatolia

Description - Islam and Christianity in Medieval Anatolia by A.C.S. Peacock

Islam and Christianity in Medieval Anatolia offers a comparative approach to understanding the spread of Islam and Muslim culture in medieval Anatolia. It aims to reassess work in the field since the 1971 classic by Speros Vryonis, The Decline of Hellenism in Asia Minor and the Process of Islamization which treats the process of transformation from a Byzantinist perspective. Since then, research has offered insights into individual aspects of Christian-Muslim relations, but no overview has appeared. Moreover, very few scholars of Islamic studies have examined the problem, meaning evidence in Arabic, Persian and Turkish has been somewhat neglected at the expense of Christian sources, and too little attention has been given to material culture. The essays in this volume examine the interaction between Christianity and Islam in medieval Anatolia through three distinct angles, opening with a substantial introduction by the editors to explain both the research background and the historical problem, making the work accessible to scholars from other fields. The first group of essays examines the Christian experience of living under Muslim rule, comparing their experiences in several of the major Islamic states of Anatolia between the eleventh and fifteenth centuries, especially the Seljuks and the Ottomans. The second set of essays examines encounters between Christianity and Islam in art and intellectual life. They highlight the ways in which some traditions were shared across confessional divides, suggesting the existence of a common artistic and hence cultural vocabulary. The final section focusses on the process of Islamisation, above all as seen from the Arabic, Persian and Turkish textual evidence with special attention to the role of Sufism.

Other Editions - Islam and Christianity in Medieval Anatolia by A.C.S. Peacock 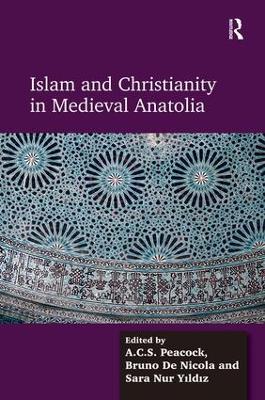 » Have you read this book? We'd like to know what you think about it - write a review about Islam and Christianity in Medieval Anatolia book by A.C.S. Peacock and you'll earn 50c in Boomerang Bucks loyalty dollars (you must be a Boomerang Books Account Holder - it's free to sign up and there are great benefits!)


A Preview for this title is currently not available.
More Books By A.C.S. Peacock
View All