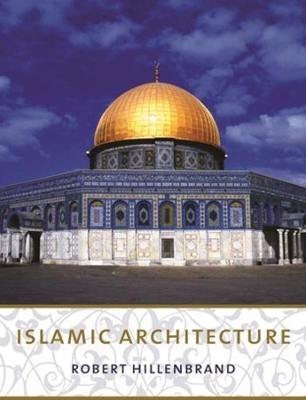 This beautifully conceived and produced survey of Islamic architecture explores the glorious world of the caravansarai, mausoleum, palace, and mosque. Focusing on the multifaceted relation of architecture to society, Robert Hillenbrand covers public architecture in the Middle East and North Africa from the medieval period to 1700. Extensive photographs and ground plans? among which are hundreds of newly executed three-dimensional drawings that provide an accurate and vivid depiction of the structure?are presented with an emphasis on the way the specific details of the building fulfilled their function.

Included are chapters on religious and secular architecture and the architecture of tombs. Each building is discussed in terms of function, the links between particular forms and specific uses, the role of special types of buildings in the Islamic order, and the expressions of different sociocultural groups in architectural terms. Here the student or historian of Islamic architecture will find an astonishing resource, including Maghribi palaces, Anatolian madrasas, Indian minarets, Fatimid mausolea, and Safavid mosques, each rendered in lavish illustrations and explained with incomparable precision. » Have you read this book? We'd like to know what you think about it - write a review about Islamic Architecture: Form, Function, and Meaning book by Robert Hillenbrand and you'll earn 50c in Boomerang Bucks loyalty dollars (you must be a Boomerang Books Account Holder - it's free to sign up and there are great benefits!)


A Preview for this title is currently not available.
More Books By Robert Hillenbrand
View All