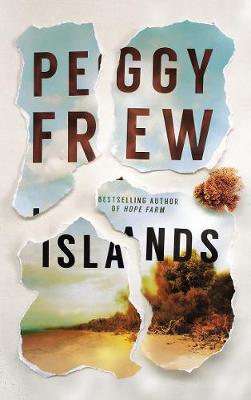 There was a house on a hill in the city and it was full of us, our family, but then it began to empty. We fell out. We made a mess. We draped ourselves in blame and disappointment and lurched around, bumping into each other. Some of us wailed and shouted; some of us barely made a sound. None of us was listening, or paying attention. And in the middle of it all you, very quietly, were gone.

Helen and John are too preoccupied with making a mess of their marriage to notice the quiet ways in which their daughters are suffering. Junie grows up brittle and defensive, Anna difficult and rebellious.

When fifteen-year-old Anna fails to come home one night, her mother's not too worried; Anna's taken off before but always returned. Helen waits three days to report her disappearance.

But this time Anna doesn't come back ...

A spellbinding novel in the tradition of Helen Garner, Charlotte Wood and Georgia Blain, Islands is a riveting and brilliant portrait of a family in crisis by the breathtakingly talented author of House of Sticks and Hope Farm.

'Peggy Frew's novel, Hope Farm, tells an original tale, drawing into the body of Australian literary fiction, a world between the cracks. Peggy's voice is contemporary, her observations sharp and sensitive. Hope Farm describes the cycle of loss and damage when there are no boundaries to protect us.' Sofie Laguna, author of The Eye of the Sheep, 2015 Miles Franklin Literary Award winner

'Brilliant. Peggy Frew is a superb writer, and this is a remarkably confident debut.' Clare Bowditch on House of Sticks

Other Editions - Islands by Peggy Frew 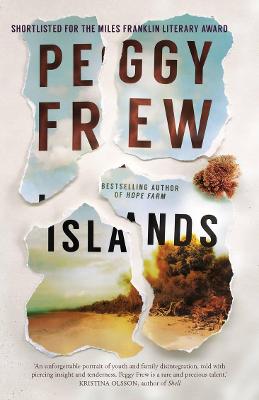 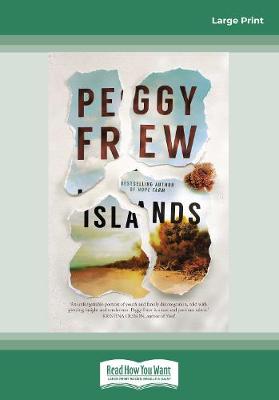 » Have you read this book? We'd like to know what you think about it - write a review about Islands book by Peggy Frew and you'll earn 50c in Boomerang Bucks loyalty dollars (you must be a Boomerang Books Account Holder - it's free to sign up and there are great benefits!)

Islands is the third novel by award-winning Australian author, Peggy Frew. At fifteen, Anna Worth is a rather troubled teen whose rebellious behaviour irritates and exasperates those around her. But when she leaves her mother’s home in December 1994, and does not return, the effect on her family is more far-reaching than any of them could have predicted.

Her father John, already traumatised by the break-up of his marriage, initially fixates on the search for his daughter. Anna haunts her sister June’s colourful and oftimes confronting paintings. And her mother Helen finds herself virtually estranged from her remaining daughter. Her grandmother, the island community and many who knew her are affected to a greater or lesser extent.

Multiple narrators relate the events surrounding Anna’s disappearance, and the aftermath. Frew uses a number of different formats apart from the conventional narrative: brochure-like descriptions of June’s deeply-personal artworks; diary entries from Lindsay’s short stay at Monica and Greg’s island cottage; transcripts of John’s replies to a psychologist’s questions; summaries of selected Christmas Days that detail gifts, food, dialogue and descriptions of bedrooms; the fragmented stream-of-consciousness of an observant dune-dweller; the last thoughts of a woman dying of a stroke; and what are perhaps Anna’s thoughts at a place she often visited to escape and be alone.

The story does tend to flit about from present to past, giving it a rather disjointed feel at times, but those forays into the past serve to explain the mindset of key characters and perhaps examine the source of their very human flaws. There are not a lot of likeable characters here. Frew gives the reader beautiful descriptive prose and she easily conveys her setting and the era. Rather than being tied up neatly in a bow, the ending realistically demonstrates what is often the outcome in the case of a missing loved one. A thought-provoking read.

This unbiased review is from an uncorrected proof copy provided by Allen & Unwin.