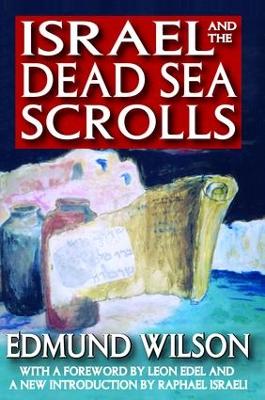 Israel and the Dead Sea Scrolls

Description - Israel and the Dead Sea Scrolls by Edmund Wilson

The Dead Sea Scrolls, a collection of 972 documents discovered between 1946 and 1956, are of immeasurable religious and historical significance. They include the oldest known surviving copies of Biblical-era documents. The manuscripts shed considerable light on forms of Judaism never known before. These forms contain hints of Christianity, or as put elsewhere, it was the Judaism amid which Christ and his first followers lived, thought, and wrote. Edmund Wilson's book is a record of this great scholarly find.Wilson was a prolific literary critic and social commentator, not an academic, and therefore Israel and the Dead Sea Scrolls reads like a journalist's reportage. This unique personal account weaves together threads of folklore, history, and intrigue. As Leon Edel writes in his foreword, 'Reading him, it is not difficult to imagine the ardor with which Edmund Wilson pursued his complex subject; it was the kind of subject he had always liked best, involving as it did history, politics, ancient lore, and all his faculties for imaginative reconstruction and historical analysis. . . . No book quite like this has been written in our century.'The scrolls of the Essenes, and the history of this Jewish sect's possible antecedence to Christianity, led the author to Israel and to the revelations contained in the scrolls. This book contains his resulting account of the scrolls' history. Originally published in 1978, this edition of Wilson's classic is made contemporary with a new introduction by Raphael Israeli, which illustrates the ongoing academic controversy surrounding the Dead Sea Scrolls.

Other Editions - Israel and the Dead Sea Scrolls by Edmund Wilson 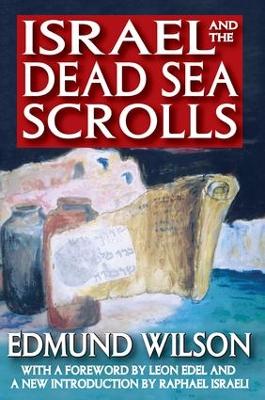 » Have you read this book? We'd like to know what you think about it - write a review about Israel and the Dead Sea Scrolls book by Edmund Wilson and you'll earn 50c in Boomerang Bucks loyalty dollars (you must be a Boomerang Books Account Holder - it's free to sign up and there are great benefits!)


A Preview for this title is currently not available.
More Books By Edmund Wilson
View All