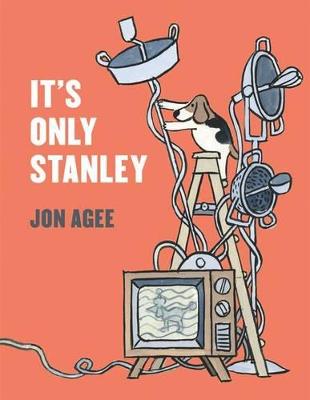 Description - It's Only Stanley by Jon Agee

It's very late, and Stanley is up to something.Will you figure out what he's doing before his sleepy family does?
It's nighttime at the Wimbledons', and everybody hear odd noises. Walter looks around and finds Stanley, the dog, hard at work. 'He fixed the oil tank,' Walter tells his family. 'He cleared the bathtub drain.'

But Stanley is up to something far more impressive. He's preparing for an interplanetary trip. And guess who's going along for the ride!

Other Editions - It's Only Stanley by Jon Agee 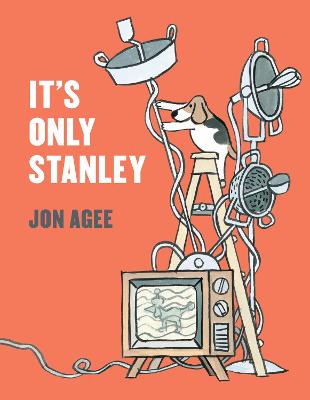 Book Reviews - It's Only Stanley by Jon Agee

» Have you read this book? We'd like to know what you think about it - write a review about It's Only Stanley book by Jon Agee and you'll earn 50c in Boomerang Bucks loyalty dollars (you must be a Boomerang Books Account Holder - it's free to sign up and there are great benefits!)

Jon Agee is the beloved author and illustrator of many acclaimed picture books, including Terrific (a New York Times Best Illustrated Book), Milo's Hat Trick (an ALA Notable Book), and the recent Little Santa, an ALA Notable Book and recipient of five starred reviews. He lives in San Francisco, California.

A Preview for this title is currently not available.
More Books By Jon Agee
View All