I've Got Your Number

Description - I've Got Your Number by Sophie Kinsella

The hilarious romantic comedy from NUMBER ONE BESTSELLING AUTHOR Sophie KinsellaI've lost it -(The only thing in the world I wasn't supposed to lose. My engagement ring. It's been in Magnus's family for three generations. And now, the very same day his parents are coming, I've lost it. The very same day. Do not hyperventilate, Poppy.Stay positive!! -)A couple of glasses of bubbly with the girls and Poppy's life has gone into meltdown. Not only has she lost her engagement ring, but in the panic that followed, she's lost her phone too. When she spots an abandoned phone in a bin it seems it was meant to be . . . Finders Keepers!Except the phone's owner, elusive businessman Sam Roxton, doesn't agree. He wants his phone back, and doesn't appreciate Poppy reading all his messages and wading into his personal life. Can things get any more tangled?***** EVERYBODY LOVES SOPHIE KINSELLA- *****'Funny, fast and farcical. I loved it' JOJO MOYES'I couldn't put it down.' LOUISE PENTLAND (SprinkleofGlitter)'I almost cried with laughter' DAILY MAIL'Life doesn't get much better than a new Sophie Kinsella novel' RED'Hilarious . . . you'll laugh and gasp on every page' JENNY COLGAN

Other Editions - I've Got Your Number by Sophie Kinsella 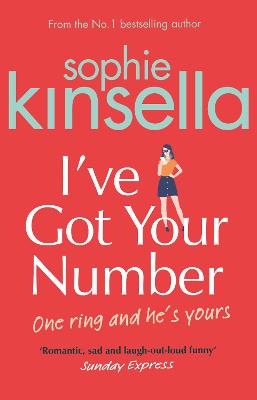 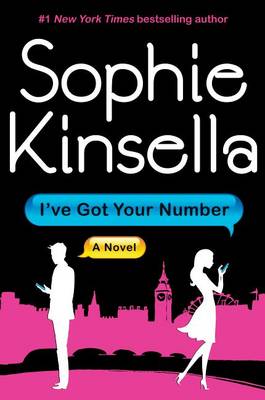 Book Reviews - I've Got Your Number by Sophie Kinsella

» Have you read this book? We'd like to know what you think about it - write a review about I've Got Your Number book by Sophie Kinsella and you'll earn 50c in Boomerang Bucks loyalty dollars (you must be a Boomerang Books Account Holder - it's free to sign up and there are great benefits!)

Book Review: I've Got Your Number by Sophie Kinsella - Reviewed by CloggieA (30 Jan 2017)

I’ve Got Your Number is the fifth stand-alone novel by British author, Sophie Kinsella. Poppy Wyatt is in a panic. She has lost the heirloom emerald ring that Magnus Tavish gave her when he proposed. His intimidatingly intellectual parents are due back from Europe, and this will just be proof she’s not worthy of their son. And just when she needs it most, just when someone might need to ring her with news about the ring, some &#@$ steals her mobile phone!

Is it some sort of providence that she spots a mobile phone discarded in a litter bin? Well, guess what! It’s hers now. Although Sam Roxton, a high flier with the White Globe Consulting Group, whose PA threw the company phone in the bin, doesn’t agree. Very reluctantly, he lets Poppy borrow the phone, and with it, access to everything about his life.

Kinsella’s forte is romantic comedy, and she excels herself with this one. There are plenty of laugh-out-loud moments, but there’s also a bit of intrigue, more than a few words of wisdom and the occasional lump-in-the-throat line. And it boasts a hilariously funny wedding scene. Very entertaining.

Sophie Kinsella is an international bestselling writer. She is the author of many number one bestsellers, including the hugely popular Shopaholic series. She has also written seven bestselling novels as Madeleine Wickham. She lives in London with her husband and family. Visit her website at www.sophiekinsella.co.uk