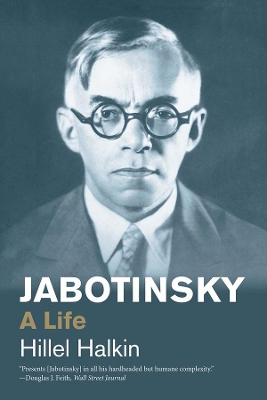 An insightful new biography of the most controversial and perhaps most fervent of all Zionist political figures
Vladimir Jabotinsky (1880-1940) was a man of huge paradoxes and contradictions and has been the most misunderstood of all Zionist politicians--a first-rate novelist, a celebrated Russian journalist, and the founder of the branch of Zionism now headed by Benjamin Netanyahu. This biography, the first in English in nearly two decades, undertakes to answer central questions about Jabotinsky as a writer, a political thinker, and a leader. Hillel Halkin sets aside the stereotypes to which Jabotinsky has been reduced by his would-be followers and detractors alike.

Halkin explains the importance of Odessa, Jabotinsky's native city, in molding his character and outlook; discusses his novels and short stories, showing the sometimes hidden connections between them and Jabotinsky's political thought, and studies a political career that ended in tragic failure. Halkin also addresses Jabotinsky's position, unique among the great figures of Zionist history, as both a territorial maximalist and a principled believer in democracy. The author inquires why Jabotinsky was often accused of fascist tendencies though he abhorred authoritarian and totalitarian politics, and investigates the many opposed aspects of his personality and conduct while asking whether or not they had an ultimate coherence. Few figures in twentieth-century Jewish life were quite so admired and loathed, and Halkin's splendid, subtle book explores him with empathy and lucidity.

Other Editions - Jabotinsky: A Life by Hillel Halkin » Have you read this book? We'd like to know what you think about it - write a review about Jabotinsky: A Life book by Hillel Halkin and you'll earn 50c in Boomerang Bucks loyalty dollars (you must be a Boomerang Books Account Holder - it's free to sign up and there are great benefits!) 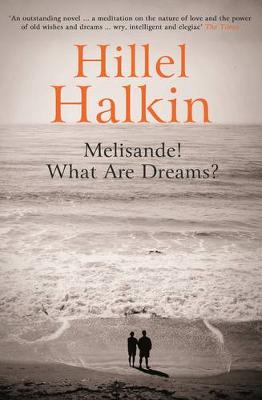