Set across three continents, Bryce Courtenay'sJack of Diamondsis a spellbinding story of chance, music, corruption and love.
Bryce Courtenay's new - and final - book is also available as an eBook.
If poker was an addiction then music was an overwhelming obsession; one could never replace the other in my life.
During the Great Depression there was little hope for a boy born into the slums of Cabbagetown, Toronto. But Jack Spayd is offered a ticket out in the form of a Hohner harmonica, won by his brutal drunken father in a late-night card game. Jack makes music as a way of escaping his surroundings, and his talent leads him to a jazz club and, eventually, to the jazz piano.
Jack is a virtuoso and hits the road, enchanting audiences in Canada, wartime Europe and Las Vegas, where he is caught up in the world of elite poker and falls under the spell of his boss, the enigmaticBridgett Fuller. Vegas is a hard town ruled by the Mafia, but Jack prospers, until his luck turns bad and he falls foul of the Mob. Forced to run for his life from Vegas, he must also leave the woman he adores. His adventuring takes him to the far reaches of Africa, to a rare and valuable bird that may seal his fate - and to the love of a very different woman.
Set across three continents,Jack of Diamondsis a spellbinding story of chance, music, corruption and love.
Bryce Courtenay writes in a moving epilogue that Jack of Diamonds will be his last novel.
'Jack of Diamonds is classic Courtenay.' The Age
'The main achievement of Jack of Diamonds is to offer ... a sense of Courtenay's real voice, of the intelligent, engaged and kind human being who wrote it.' The Age
'His books may incidentally have promoted racial tolerance among his many readers, who would then have this to thank him for, along with decades of entertainment.' Weekend Australian
'This book will be treasured by many.' Hobsons Bay Leader
'An entertaining read.' Launceston Examiner
'Yet another blockbuster to delight his loyal readers.' Burnie Advocate

Other Editions - Jack Of Diamonds by Bryce Courtenay 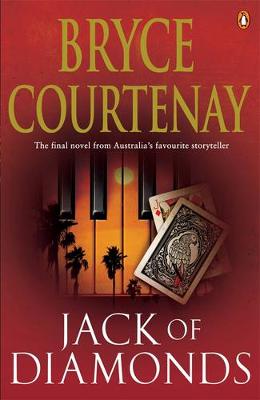 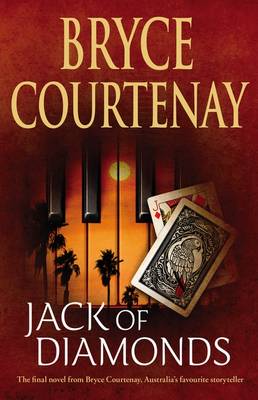