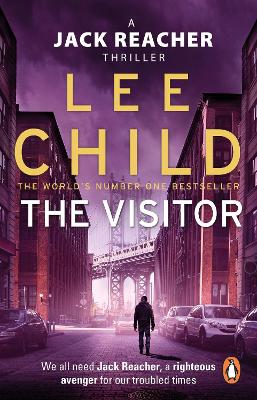 Two female army high-flyers. Both acquainted with Jack Reacher. Both forced to resign from the service.

Now they're both dead.

Found in their own homes, naked, in a bath full of paint. Apparent victims of an army man. A loner, a smart guy with a score to settle.

Although the Jack Reacher novels can be read in any order, The Visitor is the 4th in the series.

» Have you read this book? We'd like to know what you think about it - write a review about Jack Reacher: #4 Visitor book by Lee Child and you'll earn 50c in Boomerang Bucks loyalty dollars (you must be a Boomerang Books Account Holder - it's free to sign up and there are great benefits!)